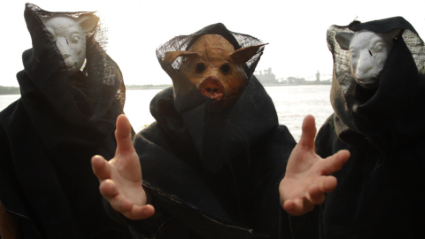 They are Cretus. Pepper Keenan loves em, which is good enough really

After an explosive run on the famed New Orleans metal scene in 2014, CRETUS is releasing their debut EP, Dux Mea Lux, September 4 on Pavement Music.

Rock vet Pepper Keenan (DOWN, CORROSION OF CONFORMITY) has been singing the mysterious group’s praises, stating: “CRETUS is a killer band with ripping guitar work and clear vocal hooks.  For sure a future global outfit.  They wear masks and slaughter virgins on stage. Need I say more?”

While it is unknown exactly when or where CRETUS formed, they began publicly spreading their message through music in 2014, with the group rapidly gaining strong support after their first show opening for legendary metal band DOWN in New Orleans. Devout followers of CRETUS pack into shows wearing the group’s signature black masks and cloaks, bobbing their heads in support as hypnotic lights pulse and dense fog surrounds them, becoming a raving heavy metal congregation unable and unwilling to escape the dark energy emanating from the speakers. Multi-sensory performance rituals such as sacrificial demonstrations and strange pagan rites add an even more ominous tone to the already frightening spectacle of the four masked figures destroying the stage. Heavily symbolic imagery, esoteric subject matter, and poetic lyrics give listeners something deeper to latch onto with CRETUS, and Pavement Records is proud to be releasing their debut EP Dux Mea Lux, worldwide on September 4, 2015. 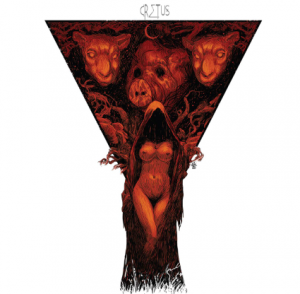