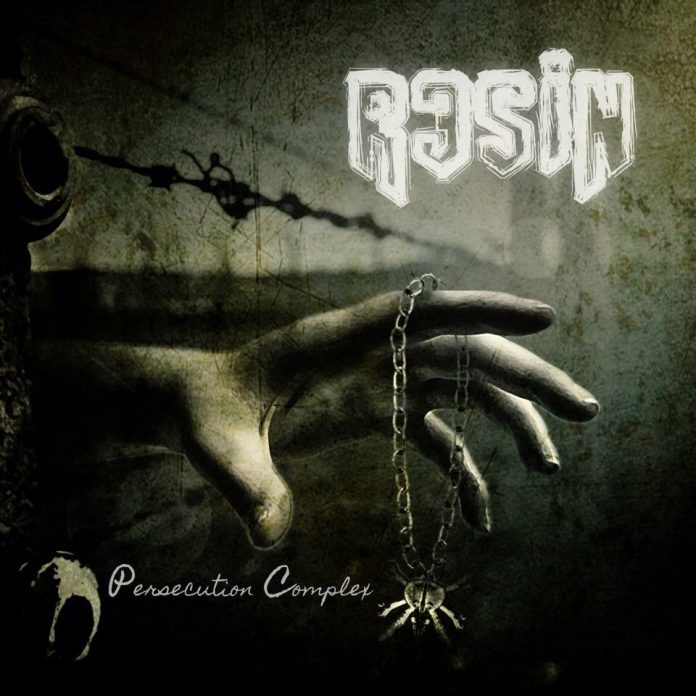 Midlanders get it back together – literally

They say what doesn’t kill you makes you stronger, don’t they?

Well, consider this. Your band has been knocking round for a few years. They’ve built up a local following. They’ve played the odd high profile support slot. Then in 2014 they won Metal To The Masses and you are playing Bloodstock.

Then it all falls apart and the damn thing, well it breaks up.

What do you do?

Well if you are Sime and Chez, guitarists with Resin, you begin to pick up the pieces. You get a couple of lads in from Twisted Species (who themselves had split at around the same time) and a new bass player and you get cracking. Perhaps you should have expected just that from a chap who once got the review of the band’s debut record in Kerrang, drove 15 miles to the nearest stockist, found the album had got destroyed by a reviewer who hadn’t got a clue about the record’s aims….and promptly stuck the review on the official band Facebook page.

It’s this never say die, bloody minded indefatigably that means just nine months after all this happened, along comes “Persecution Complex,” and considering all that the protagonists have had to put up with, it’s an astonishing piece of work.

It’s a collection that has its roots in the mid-90s, but that pre-supposes two things. First, that the band are unaware of this, but second – far more important actually – is this: That’s what they wanted it to sound like, because that’s the band they want to be. Sime is a fella that knows what he wants and comparisons with the greats of Grunge will not come as an unwelcome or unexpected shock to him.

The three tracks that make up “….Complex” are led by the riffery of “Open Heart Trauma” which is a strident opener with a kind of Pearl Jam thing going on. “Printing Money” has echoes of the mighty gods of Stone Temple Pilots as it goes about its business, but they both have to bow to “Angel.”

The EP’s last track has a marvellous epic feel, like Nirvana at their most mournful, and when singer Dave opines at the end of its chorus: “How long before I’m dying again?” there is a real raw, yet fragile, feel to things.

So yeah, “Persecution Complex” is ostensibly a grunge record, but it’s one with a modernity, and moreover a feel of British rock n roll about it. It knows its influences but crucially where it comes from too, so it is no half-baked reheating of the formula. “Persecution Complex” is a big EP, both in terms of its soaring sound and it’s hooks, but also you suspect for the band themselves.

It will be interesting now to see what else they come up with, for now though, it’s probably best to say quite simply: welcome back.