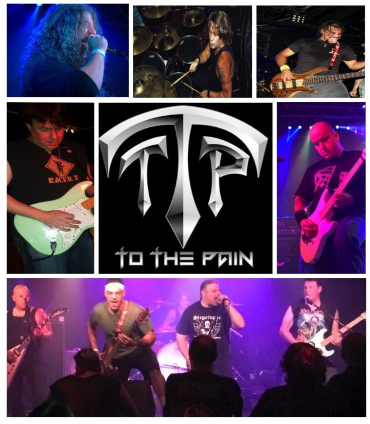 Long Island, NY metal band To The Pain have released their sophomore album.  The album is called “7” and is available at all major music outlets.

Since the release of the debut record, which featured the tracks “For The People, Buy The People” and “Burn With Me”,  To The Pain have been full throttle, making a name for themselves in the thrash metal arena.  Garnering radio and press, (including being one of Loudnezz Magazines Top 40 Bands to Watch in 2014) and performing with artists like Generation Kill (featuring members of Exodus and Pro-Pain).

The bands new release 7 is a heavy dose of “Big 4” style thrash with some Testament, Iron Maiden, King Diamond and Racer X thrown in.  It’s classic metal with big choruses and loads of guitars.  Led by the powerful vocals of John Intagliata, the dual guitar work of Steve Shaver (who was considered for Doro’s touring band) and Craig Piano, while Jeremy Lustig (bass) and Jimmy Klimatas (drums) bringing the thunder.  Combined, they are heavy, loud and know how to reel metal heads in with their catchy choruses.  The album was produced at The Locker where Shaver served as engineer and producer. 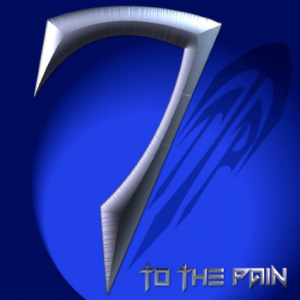