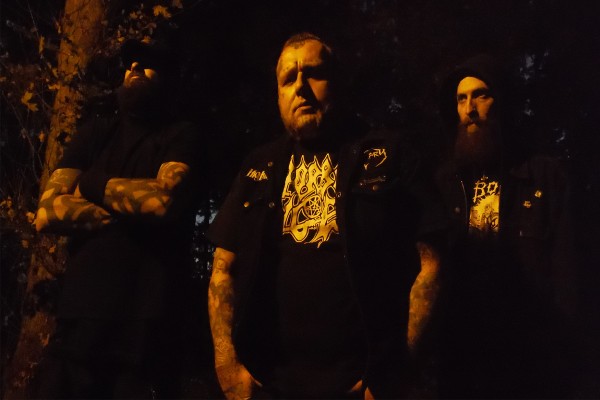 The best Doom creates an indefinable feeling of dread and a sinking feeling like no other. It may be shrouded in epic atmosphere or dressed up with lighter instrumentation, but the conclusion is a foregone one: man’s ultimate demise. And if it is Deathly Doom akin to the style played by Portland’s SHRINE OF THE SERPENT, the end comes a bit quicker.
“Shrine Of The Serpent” is filled with creepy, buzzing riffs and Todd Janeczek’s gut-wrenching gutturals, the songs are significantly enhanced with a dark atmosphere that send shivers, chills, and dreadful feelings through the listeners body just the way it is supposed to be. An impressive debut 30 minute EP from a band that understands the sonic conveyance of mental anguish.
SHRINE OF THE SERPENT features members of Aldebaran (Profound Lore). MC version of “SHRINE OF THE SERPENT” will be released via Parasitic Records and Vinyl via Parasitic Records and Materia Prima Records.

Shrine Of The Serpent Tracklisting:
1.9 Gates of Shadow
2.King in Red
3.Gods of Blight

Previous article
REVIEW: THE CRUNCH – Brand New Band (2015)
Next article
The Sun Is Out In May