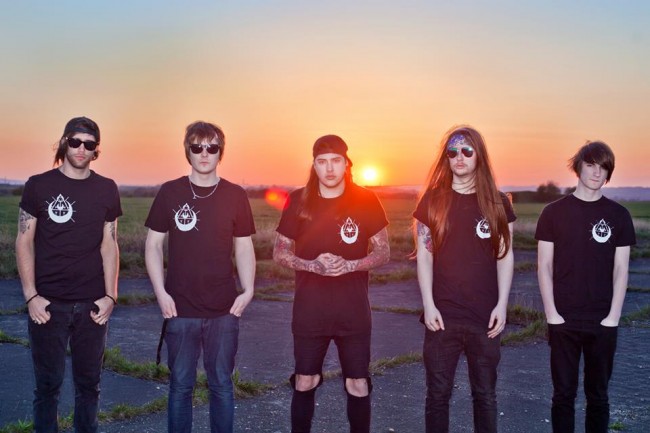 Electro dubstep metalcore anyone? (No, we haven’t a clue what that means either – good job the band are here to explain)

Cabin Boy Jumped Ship are a five piece from Leicestershire who describe themselves as “electro/dubstep metalcore”. The band release their brand new single ‘Waste Away’ this week, following an exclusive video premiere on Kerrang.com.

The band reckon the song is like Enter Shikari meets Devildriver thrown in a blender and sprinkled with clean metalcore vocals a la Bury Tomorrow. We don’t know what half of that means – so instead we’ve got the video for you!

Cabin Boy Jumped Ship are currently recording their second E.P. ‘Pathways’ and are also putting the finishing touches to a headline tour (“The Most Wanted Tour”) which will take place in early August – full details to be revealed shortly. This is off the back of a hugely successful tour last year that saw CBJS playing to either sold out or almost sold out crowds at every show.