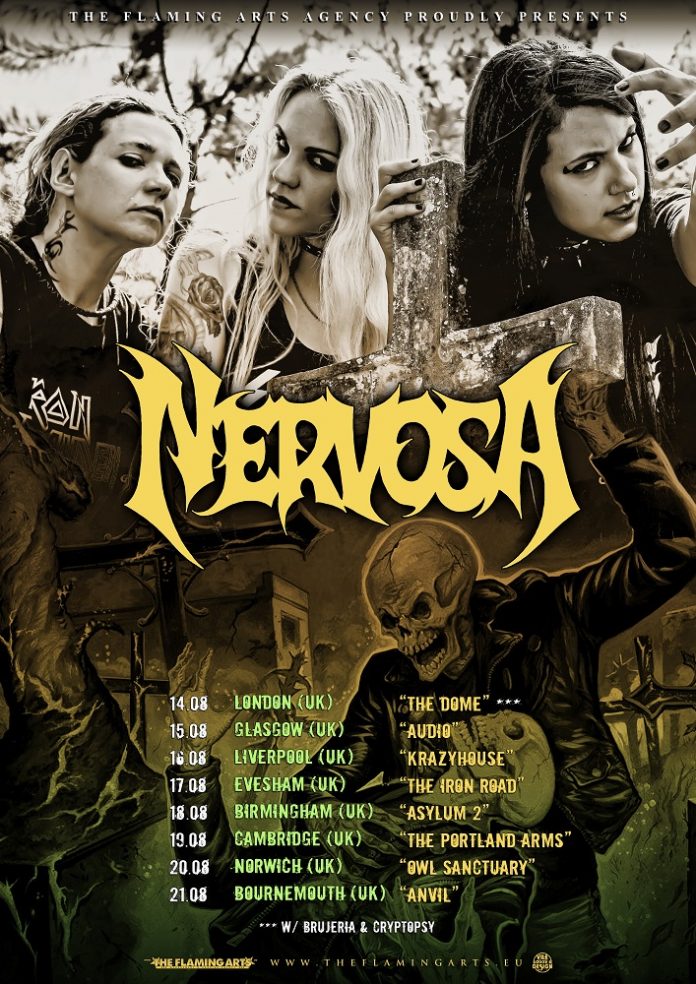 NERVOSA the all-female Thrash Metal combo from Sao Paolo, Brazil have just announced their first headline tour of the UK, which kicks off in Glasgow on August 15, 2015.

The night before that they make their UK debut at The Dome, London opening for Brujeria and Cryptopsy.

Fernanda Lira comments: “We’re so excited to be on the road for the first time touring Europe! In my opinion, metal was born in the UK, so playing on the same ground where the first metal riffs were created it’s both an honor and a privilege!!”

NERVOSA, have taken the scene by storm! Since the release of their critically acclaimed debut Victim Of Yourself (2014, Napalm Records), these three girls have pushed the pedal to the metal! They offer the listener high-speed riffs, furious drumming and raging leads from bassist Fernanda Lira!

Check out the video for “Death” here!