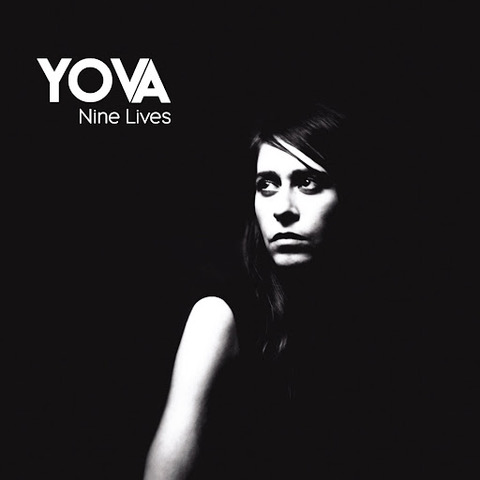 The album opens with `Moondog` with a fairly understated bass line and the singer`s breathy and quite vulnerable vocals. There are synth swathes and a steady quietly shared drumbeat that leads us along this journey. The number is about the daily struggle to overcome feelings of guilt with the inability to change events that have already transpired. The vocals and music gain a little more strength as they evolve. We have a more trippy dreamy soulful piece with `You`re The Mirror` a kind of reflection on gaining your identity after an unsuitable relationship. It was a number that reminded me of the trip hop outfit Morcheeba.

`Rain` is another quite mesmerising offering which really sucked me in. The chorus has a tambourine being tapped alongside the vocal. A track that encourages us to at least consider other people`s opinions. I have to say I love pedal steel and `Where There Is Smoke` opens with and enjoys it`s presence throughout. The song is gently shared, quite introspective and with the addition of strings in the later part, it has a quite heart breaking sense about it.

We have an almost larger than life, nigh on cinematic vibe with `Togetherness` a reconciliation of emotions. There`s another reflective submission with `Would I Change It? (If I Could)` which enjoys some delightful organ tinges and sublime saxophone swathes as it progresses. Jova`s vocal delivery is wonderfully addictive and we also get a slight directional change in the music in the later section where it`s becomes quite avant-garde.

I read that `An Innocent Man` was based on ‘To Kill A Mockingbird’ by Harper Lee. It`s a really interesting composition that has a quite eerie almost otherworldly sensibility at times. I felt it had the ambience of a high brow foreign language film or a film noir theme tune. I was reminded of `Come Together` by The Beatles with `Make it Better` and reading about it`s composition, it does seem as if it`s a hint towards a protest song as the group mention that “History teaches us that true changes come from individuals not from governments”.  A true sentiment and a number that has a dreamy vocal over a rolling musical structure with some jittery quite anxious violin strings shared throughout. Delightful.

This album closes with `Haunted` and it`s a wonderful contemplative quite ghostly opus. It begins somewhat gently almost opening and blossoming like a flower with strings and piano and at times had a sort of middle eastern come Arabic overtone or quality. As you think it has concluded, it reignites or remerges with a brief strangely mediative instrumental  segment.

There was so much to enjoy with YOVA and I found the whole concept and delivery of `Nine Lives` was so well thought out, from the album title `Nine Lives` which means to keep managing to get out of difficult or dangerous situations without being hurt or harmed to all the gifted and talented musicians the duo encouraged to participate to bring their vision to life.

There was enough of a diversity in the numbers to keep you interested and what a voice Jova Radevska has. There is a delightful affliction in her delivery and a wonderful susceptibility that makes you want to almost protect her. Mark and Jova have created something really special in YOVA and look forward , excitedly to see how this concept develops.