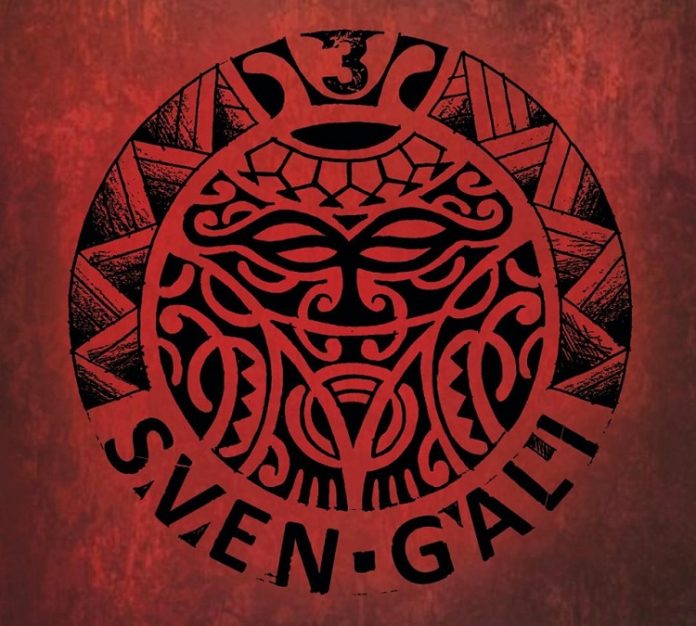 Our story begins in a West Midlands Comprehensive School in the early 90s. It would have been a Friday morning. I can say that with some certainty, because Raw Power was on in the early hours of Friday and I’d get up early to watch it before school. My parents didn’t have satellite tele (we were always the last to get anything like that) so if I wanted to watch Headbangers Ball, I had to go to MV’s Donnie’s house or watch it on the videos he made for me.

Raw Power, though, was my window to the new world. And this particular Friday morning, after registration (they weren’t stupid enough to let us be in the same class, 30 years on we haven’t changed much)  when we “accidentally met” in the corridor, there was only one thing in our minds: “Did you see that Sven Gali tune? Man!”

It was “Under The Influence” and listening to it this week – as I have for the first time in a long time – it’s still one of the great early 90s things, it really is, the perfect thing for those who (AIC apart) never got grunge but understood there was a world away from glam. The album was purchased the next day, I think.

I even got their second record – “Inwire” – and I’ll be honest, it was with something of an excitement that I got this. “3” is their first recorded material for 25 years. I even text Don to tell him (he lives 50 miles away, not 500 yards now, and these lockdown days we converse on Skype, not in school corridors.

It’s only four tracks (five if you count the “Radio Edit”) but straight from the first one of them, its clear that everything that the 16-year-old me loved about them, then the 44-year-old me might do too.

Three of the band are even the same, which is odd, really. Dave Wanless still sings the same way and Andy Frank can still knock out a riff ( the other original six stringer, Dee Cernile died in 2012) and they still pull off a very neat trick. They sound like themselves, it swaggers, it sounds huge, but it sounds modern. To be totally honest, “the kids” could get this and not realise the history. These are just great hard rock songs.

“You Won’t Break Me” sees bass man Shawn “T.T.” Minden (the other original) anchor it down, and if possibly the arena era is behind them, then the hook is still built for them. It soars.

They’ve got the loud/quiet/loud thing down to perfection. I went to watch Candlebox last year and there’s a similar vibe here. An idea that they understand the past but want to look to the future. “Now” even has a slight industrial taste about it. I’ll pull another 90s reference here, but Stabbing Westward, that’s sort of the ballpark here too.

“Hurt” is the most “fun” if you will, and is possibly the best, it chugs along superbly and drummer Dan Fila thunders here, and second guitarist makes sure this is more “metal” than many of their peers. Don’t worry, though, the chorus rules.

Inadvertently maybe, but SG are an indelible part of my musical history. They played an acoustic show near where I live around the time “Inwire” came out. Don and me went. Before they came on the DJ in the club played a tune I liked so much I asked what it was. The band was The Wildhearts. They are my favourite band to this day. I have written that before, but never on an actual Sven Gali review.

Thanks for that, and thanks for this too, It proves that everything is right in the world. 80s hard rock mixed with a desire for growth and a hint of something just a little dangerous. That’s always been the Sven Gali way. Welcome back, boys.