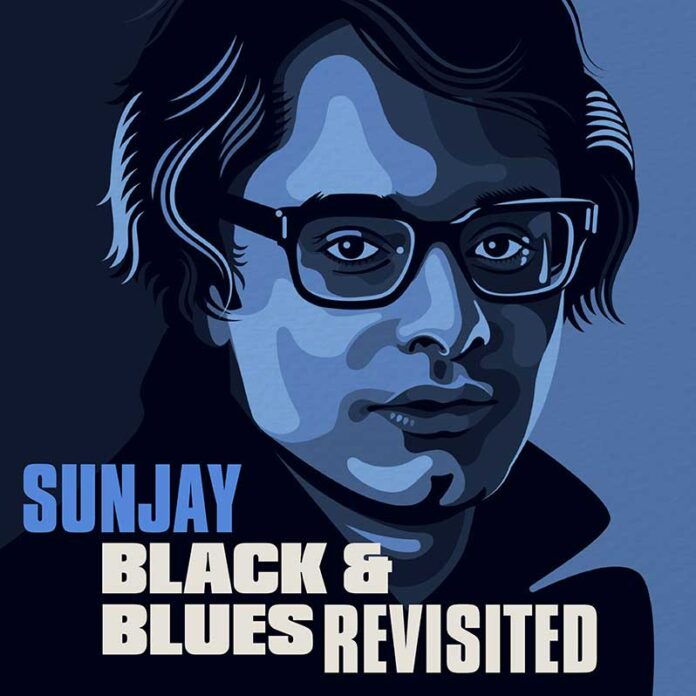 There’s a thing about trying to watch as many of the support acts as you can when you go to a gig (unless it’s Steel Panther like it was for Def Leppard once, then you can give them a swerve as you know they were terrible based on their crude display with ZZ Top years before). Most of the time the stuff you see doesn’t stick with you, but sometimes…..well sometimes you can see a Sunjay.

It was a freezing Saturday night as Autumn was turning to winter last year when I was there to watch Elles Bailey and a folky singer/songwriter called Sunjay opened. Googling him before he came on, he’d won awards. I’ve never cared about those things – after all how many of the Mercury or Brit Award or whoever winners do you like? – but my goodness Sunjay was good. “Hilariously sending up old folk singers and the expectations of the genre, it is a supreme example of what can be achieved if you change the rules instead of play by them.” I wrote that night and those words look even more prescient in light of “Black And Blues Revisited”.

11 songs, either covers or new arrangements of Traditional tunes, the record is totally different to the rest of his stuff (I remember listening to his work on the way home from the gig, so taken was I with him) but done with the sense of fun that so permeated his set that night.

There’s some that even I (who has never claimed to be a blues purist) know. It begins with one, as it happens. Willie Dixon’s “Built For Comfort”. A classic blues tune, and how he revels in the solo, how skilled it is. The band here is fabulous. Lee Southall’s harmonica throughout is a touch of class, but here it’s the star. Which is saying something when Bob Fridzema is playing the organ too.

Not to say that it is “typical” of the album, given how much scope it covers, but in a way “…..Comfort” is a window into the world. The musicianship is fabulous, yet not flashy and the songs are at the heart. “Statesboro Blues” (an old Blind Willie McTell piece) shuffles along as if it’s on a Chain Gang and looking for redemption, and indeed, a lot of these deal with escape (maybe that’s true of all blues?) but “Key To The Highway” is looking for the nearest horizon for damn sure.

That night in Lichfield he’d played “Hesitation Blues” and he’d done superbly with it, the line about “I got a house full of kids, one of them must be mine” is perfect for him, but the band with him really brings out the jazzy aspects of what he does.

The timeless 12 bar of “Living With The Blues” perhaps takes on a greater significance here too, given that Sunjay lost his mother right at the start of the recording process, but his ability as a soloist is all over the acoustic “Monday Morning Blues” and there’s a genuine beauty in the bleakness of “Come Back Baby”. The first time I heard this song it was Bob Dylan singing it (I know there’s been other versions) and this take recalls the great man. Fridzema is at his best here, it has to be said.

There’s a sense of mischief about Sunjay that makes “Big Fat Woman” an old Leadbelly track absolutely right for this album, and the fact they follow it up with the wonderfully gentle “Freight Train” is an example of the deftness of touch on this. Sunjay apparently learned to play this as a young boy watching old videotapes with his dad. The warmth, the memories, shine through.

“Dust My Broom” has been covered by anyone who is anyone (and plenty that aren’t…..) this outfit, though, does it more than justice. They own it. Like they do “The Easy Blues”. An adaption of Jelly Roll Morton’s “Jelly Roll Blues”. Recorded live, in one take and with an excitement you can’t fake.

The best way I can sum this up is that about 15 years back I was in Fopp, and bought one of those three CD sets of “The History Of The Blues”. “Dust My Broom” is on it, and everyone’s called “Blind” something or “Lemon” something else. I loved it. The difference between me and Sunjay though is this. He had the talent and the vision to live it too. And, on “Black And Blues Revisited” to make these classic songs sound like they belong to him.