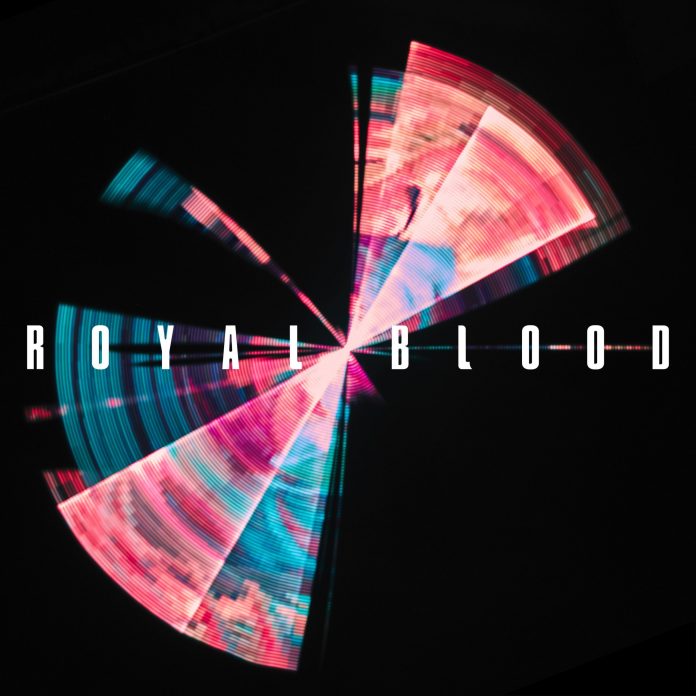 November 17th 2017 was proof that despite all the talk, rock n roll isn’t dead. Royal Blood – who a few years earlier had been opening for Turbowolf at a tiny venue a couple of miles away – were headlining the Birmingham NIA (or whatever it was called then) in front of 16,000.

If that’s the case – and being there with my brother that night it felt like you were really part of something – then “Typhoons” is very much the other side, “what happens next” if you will.

I remember reading the Slash autobiography a few years ago. He said Guns N Roses got off tour and it was like “what now”.

And “Typhoons” very much – to me anyway – is that.

The opener to their third album, “Trouble’s Coming” is pretty much the window to this world. It’s the same band. The same two blokes – Mike Kerr and Ben Thatcher, but they aren’t the same. They’re rock stars now. And it’s the same sound, except its not. This is ready for the disco. There’s a glitterball all over this. This is the sound of hedonism.

But the really striking thing is that the lyrics are raw and personal. Really personal, as Kerr explains he got sober, and he faced his demons – all the while, at the same time he was making what is a de facto dance record at Josh Homme’s studio.

“In my reflection,” he muses on “….Coming”, “I see signs of psychosis” and the sense of confusion is reflected gloriously in the chorus “trouble’s coming, but I don’t know when”.

Look, if you loved the other two records then you’ll love this one too. “Oblivion” is the RB sound (which lets be honest is unlike anyone else anyway) but its repackaged and shiny as hell. The title track is essentially a masterclass in modern rock n roll. All without a guitar in sight. “All these chemicals, running through my veins, they don’t kill the cause, they just numb the pain” is a hell of a hook, but it’s the one here.

Whether he’s talking about illegal or prescription drugs, I don’t know, but I do know that this album is the reflection, the therapy, as it were.

In therapy, they have this phrase. “You have to do the work” and this is that. “Who Needs Friends” deals with the confusion of fame. “I’ve got leaches on my right and evil in my head” is a mighty line, and it goes with the mighty riff. The band have dubbed their new sound as AC Disco, and you can see why.

“Million And One” couldn’t sound much more 70s if Pans People were dancing to it on Top Of The Pops, but it feels like the cool kids are having the party, while Royal Blood are having the bad trip outside – and that’s the genius of this.

“Either You Want It” is another example of the duality that exists on this. On one hand, it’s a shining thing, but it exists in darkness. “Boilermaker” on the other hand – the first song they recorded with Homme – has never been unsure of anything. It takes on the world. And wins.

“Mad Visions” (first line: “I wanna change, but I don’t know how”) makes the confusion palpable with its sound, while “Hold On” has one more go around, and Kerr finds some falsetto to his voice that is reminiscent of Prince. And oddly, its only when writing that that I’ve come to realise that the whole record had a flavour of Prince about it, the same desire to push the envelope and go where you wanted.

And that’s even more the case on the last one. “All We Have Is Now” is a piano ballad, totally incongruous to the rest of “Typhoons” but yet its sense of adventure is totally in keeping.

You’re supposed to say things like “and that might herald a new direction for the band” and that type of thing at the end of these reviews, but the truth is that even Royal Blood themselves probably don’t know themselves. “Typhoons” is not quite a wind of change, but it really is an exploration.

It’ll sell millions anyway, so that kind of doesn’t matter, but it is an album that if you stick with just a little, will reward you immensely. One of the bravest – and best – albums of 2021 is right here.