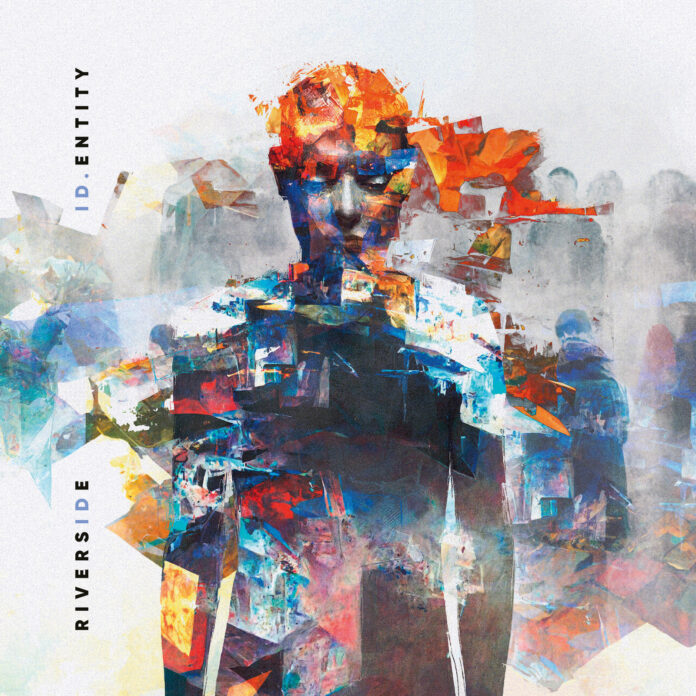 Before Christmas, I was at a Prog gig and the opening act played a Yes cover. The singer took out a piece of paper and said something about how much he loved the band, but what on earth was Jon Anderson talking about.

He proceeded to read some of the most whimsical, OTT, flowery words that you could wish to hear. That struck me listening to “ID.Enity” a few times as I have over the last week or so. Because this is about as far removed from ethereal as you can get.

Riverside are one of those odd bands. Favourites of MV for a while, even their own biography isn’t sure how to put it, defining them as a “- Polish band playing progressive rock, considered “too heavy for art-rock and too delicate for progressive metal”, creating the space in-between as the main characteristic of their style and identity.”

There’s an element to that, but as I always say, when you fit in nowhere, you can go anywhere and over these seven wonderful tracks, that’s pretty much what they do.

Main man Mariusz Duda has his own take on the album, reckoning: “I thought perhaps it was time to record a studio album which would musically reflect the character and dynamic of our live shows. Especially that we really wanted to say goodbye to the decade of sadness and melancholy, which dominated our recent releases.”

He’s good as his word, too with their first album for five years, instead lamenting the state of the world in 2023. The duality of social media, the division, the anger, the hardship, the way we are all subservient to Big Tech. It is all laid bare over just under an hour of quite stunning, well…..what exactly? The answer is: whatever Riverside want to be.

“Friend Or Foe” begins with a harsh electro pulse as sights are fixed on social media. The type of people who like to hashtag Be More Kind, before spewing bile everywhere are in the crosshairs here, and new guitarist Maciej Meller (he took over after the tragic death of Piotr Grudziński gets the chance to shine.

It’s the subtleties of what they do that so enthral. The peaks and troughs, the shades. Riverside songs exist in their ability to change with repeated listen. The breathless delivery of “Landmine Blast” really gets under the skin, for example and the more rock power of the chords is at odds with what is perhaps more fragile elsewhere.

“Big Tech Brother” is one of the most despairing and the bass of Duda gives way to a horn section, as if to signify a maelstrom, a downward spiral from which we can escape. It also shouldn’t go unnoticed that there’s a bit of organ that wouldn’t go amiss on a Deep Purple song. This is a band that is very much their own men.

Indeed, if this album has an MVP then it’s the keyboard of Michał Łapaj, he’s stunning on “Post-Truth”, which begins with the prescient “it wasn’t my best day today….” Before unleashing a dystopian nightmare.

The album’s centrepiece, longest song and statement is “The Place Where I Belong”. Beginning as if in some Floydian dream, it is both a wonderful and disturbing piece. There’s a passage in it that sums not just the track, but the whole album, up: “For it matters/Where I was born/and where I live/What’s my gender/What’s the colour of my skin/We don’t have equal chances/Everything doesn’t depend on me/No, oh no/Stop saying that”. This is Riverside in 2023 and a little like last year’s Marillion album, it’s got so much to say – but is also a brilliant record if you just want to let it wash over you. The question is, though, why would you?

“I’m Done With You”, continues the anger, perhaps the feeling of hopelessness and lack of control would be a better way of putting it, and undulates from fragility to heavy in the blink of an eye. It’s a characteristic of the album to do that, too.

And maybe that’s all this about. Maybe we need just human contact, away from screens, blue ticks and social media networks? That utopia won’t happen, of course, we live in Orwellian times, but as the search for identity continues in the post-truth era, then the fact that “ID.Entity” is even prompting these discussions is only a good thing.

Is it prog? Is it art? Is it rock? Yes. All three. And along the way “ID.Entity” might just be Riverside’s defining statement.