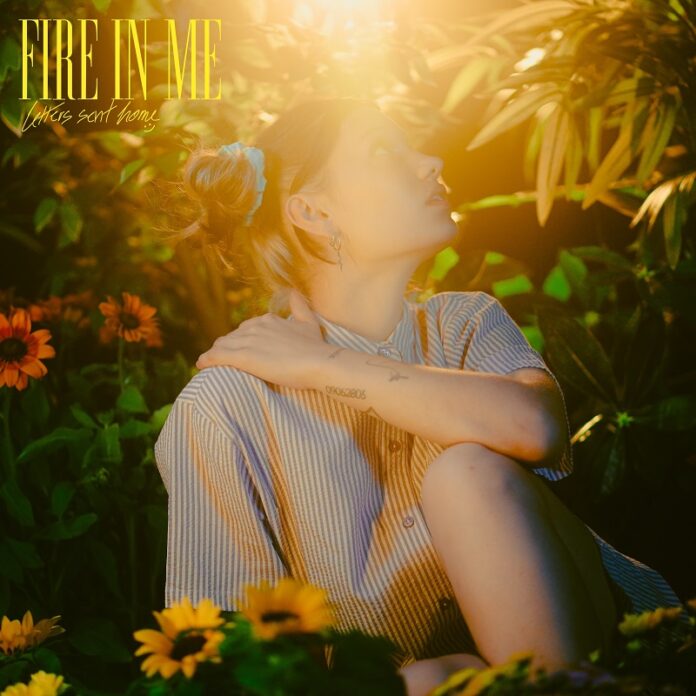 Letters Sent Home are a German alt-rock/dark-pop quartet who release their new EP `Fire In Me` this month. The group formed in 2017 in Wolfsburg and this latest release touches on the subject of mental health, and vocalist Emily’s personal experiences.

This extended play opens with `Fire` which is a pretty anthemic ballad with a little underlying edge. It seems to relate to finding that spark or fire inside oneself to overcome personal relationships and to face a life that always has it`s difficulties. There`s a much more robust outing with `Born To Die` which appears to be a kind of tirade against the injustices of society. The musical accompaniment does seem to mirror the anger of the lyrics shared.

`Phoenix` is pretty much a rock out with scorching guitars and pounding drums with lyrics that reflect somebody deciding to change their situation and fight back against the haters. The title may well be a metaphor for this change as a Phoenix symbolises a rebirth or reawakening.

This extended play closes out with three mixes of one of the band`s previous single `Misery Loves Company`. The first version features Joel Quartuccio from American post hardcore band Being As An Ocean and I have to say the balance of the differing vocals throughout really worked well. A blistering quite anthemic composition.

The second version is a completely stripped back offering with piano, vocals and some gentle harmonies which gives it a completely different texture A mellow and delicate interpretation where Emily Paschke`s vocals really express the pain and hurt conveyed within the lyrical content. The final version is a full band submission which allows this number to become a track that could have all and sundry singing along and lighting up an arena with their phones.

I have to say I was really blown away with Letters Sent Home and their `Fire In Me` EP. When I saw three versions of one song I thought, here we go but they were almost like three different songs. The band hope to release an album in the new year and I’ll certainly look forward to hearing what they have to offer.

If you enjoy bands like Pale Waves and Wolf Alice, Letters Sent Home are definitely worth investigating.  On the strength of what i`ve heard here,  there could be big things ahead for this post-hardcore-infused, synth-laden, dark-pop alternative rock band.

Previous article
NSFW FROM NSW
Next article
BAND OF THE DAY: WILD CHILD