BAND OF THE DAY: WILD CHILD 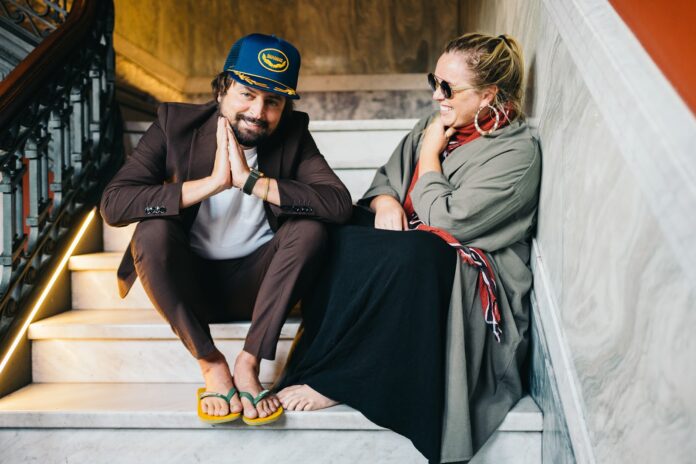 The track follows the release of lands month’s soulful single ‘Photographs‘, which is the debut track from a new record set for release next year. ‘Wearing Blue’ is the first song written with Wild Child’s newest member, John Calvin Abney, who joins the band’s core writing duo Kelsey Wilson and Alexander Beggins.

Beginning with a soft sigh and a delicate piano melody, the song soon unfurls – trading in the horn-backed sound of “Photographs” for a sweeping string section that emphasises a lived-in quality to the music that the band has come to perfect. “John entered our orbit so effortlessly and his unique mix of genuine charisma and talent ignited a fire on the writing of our new material,” Beggins explains. “As such, ‘Wearing Blue’ happened in the first 30 minutes of officially getting the band back together. John shared a hauntingly beautiful piano riff that he had been holding onto for years and within a few minutes, Kelsey had found the perfect words and melody, as if they had fallen from the cosmos. The chemistry was undeniable and it marked a seamless transition into a new world of Wild Child.”

Wild Child is known for spreading its infectious blend of Americana/indie-pop and ear-worm melodies across the international music scene, charting viral hits to the tune of over 1 million monthly listeners on Spotify and over 100 million streams to date.

The band first formed in 2010 when the group’s core duo of Wilson and Beggins wrote and released their first album, Pillow Talk (2011). Since then they’ve released three additional albums, The Runaround (2013), Fools (2015), and Expectations (2018), which saw the band welcome other artists like Chris Walla (Death Cab For Cutie), Scott McMicken (Dr. Dog), Matthew Logan Vasquez (Delta Spirit), and Max Frost into the fold. Along the way, Wild Child has become a live act that’s not to be missed, as seen during their episode of Austin City Limits, which has earned the band a diverse and dedicated fan base.