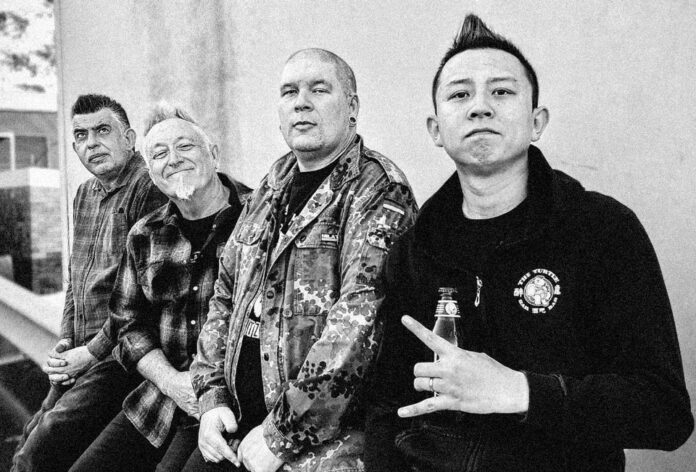 New South Wales punk rock deadshits the Owen Guns have released a new video for their song C.S.M.F.  from their recently released album Dawn of the Braindead.

The song was mostly written by their drummer, Ma Tu,  about a racist prick boss he used to have. He even comes out from behind the skins to sing part of the song – was it a good idea to let him off the drum stool? You be the judge.  A typical Owen Guns tune –  short, sharp, and pulling no punches.  Its an offensive earworm. The video was partly animated by local legend Tyrone McCrystal who previously worked on their video for “Rent”.  As you can see below, the boys are better looking when drawn than in real life.

Previous article
TELLI ABOUT IT
Next article
REVIEW : LETTERS SENT HOME – FIRE IN ME EP (2022)