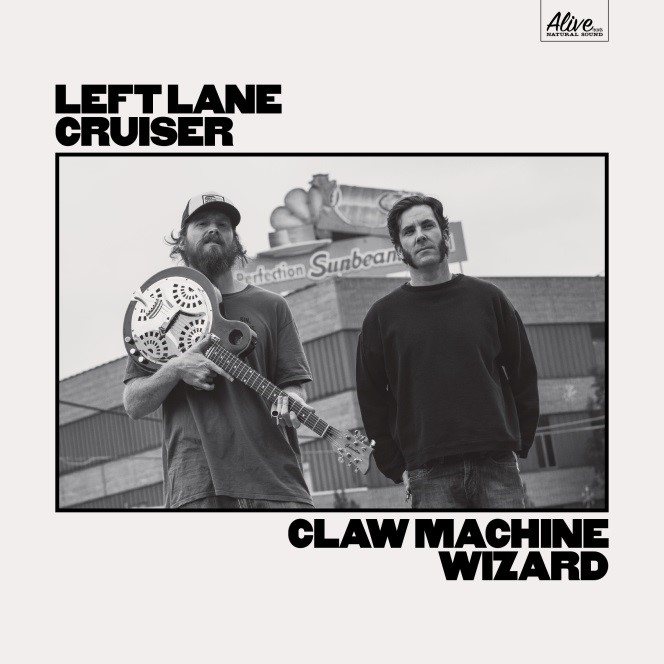 Join Bernard as he goes on a cruise

2016 saw Left Lane Cruiser release the split 6 track EP with 20 Watt Tombstone and this was followed a few months later by a compilation album of some old songs and out-takes. It’s therefore been a while since Left Lane Cruiser have released a full album, the excellent Dirty Spliff Blues is now two years old, so in that time what has changed? Well the answer is both nothing and everything. There are still plenty of rocking blues on this one but the Band is now back to a two piece and, most importantly they seem to have been paying greater attention to the songs, not just relying on the riff to carry the day.

LLC’s earlier albums were pretty raw affairs and you could certainly imagine them in a sweaty roadhouse somewhere in the ‘States laying down a raucous groove. However on record the looseness of a live performance does not always translate and LLC have certainly overcome that issue with this latest collection. The songs are still catchy with plenty of great guitar licks and Freddie J IV has made an effort for his vocals to be a bit easier on the ear. The end result is an accomplished collection of 11 songs, which is probably their strongest release yet.

Freddie J, along with drummer Pete Dio, lay down a rock solid groove from the start of the opening title track. ‘The Point Is Overflowing’ follows and this is a great song which should get them some radio play. ‘Boogie Chaka’ has a southern Field Blues feel which leads in to mellow ‘Lay Down’, which has a Stax Soul vibe and Freddie’s vocals here are just perfect.

‘Burn Em Brew’ is also pretty commercial before ‘Still Rollin’, which is the closest this albums comes to their earlier bar room boogie albums. ‘Lately’ could easily be a North Mississippi All Stars song and ‘High Maintenance’ is more of the same. Instrumental ‘Smoke Break’ is another song with a strong Stax flavour and I can give it no higher compliment when I say it could almost be a Booker T song from back in the day.

‘Indigenous’ is a much darker song, with it rumbling drum beat and threatening guitars before closing song ‘Liquor Store’ rounds out the set in fine LLC style.

It’s a great album but I think its success in the UK will be down to how much they are able to tour, so let’s hope they get the opportunity to come back to the UK soon. In the meantime existing Left Lane Cruiser fans will be more than happy with ‘Claw Machine Wizard’ and anyone wanting to hear some dirty blues won’t go wrong with this album.