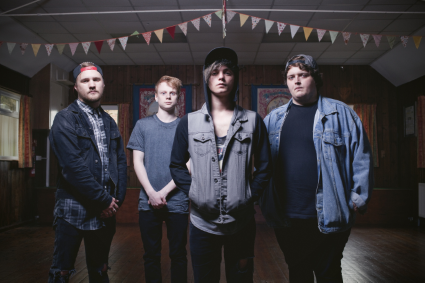 but before then, the pop-punkers reveal their new lyric video for ‘Stitches’ –

Amalgamating contagious vocal melodies, memorable hooks, and probing power chord rhythms, the tunesters have all of the raw fundamentals to be one of the key players within the UK scene.

Stimulated by a breadth of artists, Reckless Intentions have taken inspiration from legendary punks such as Green Day and The Clash, and iconic rock bands like the Foo Fighters, through to contemporary kings All Time Low and Moose Blood. While tipping their caps to their peers, Reckless Intentions have broken down the key ingredients of the pop-punk genre, and in doing so, have crafted their own signature sound that is enticing, playful and energetic. 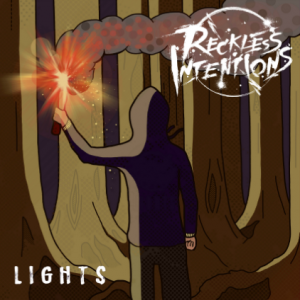 Formed in 2016, the band spent their first year developing their set and honing their skills on the thriving Brighton scene. Reckless Intentions then began work on their debut record with Alex Gordon at Brighton Electric Studios. After many intense recording sessions, the band came out of the studio with their debut EP Lights, which is just bursting with blistering pop punk, from the insanely catchy vibesof Stitches–  through to the striking hook and infectious guitar work of their forthcoming single Ghost Town.With an ever-increasing fan base and a Summer tour planned, 2017 is sure to be a colossal year for the band.