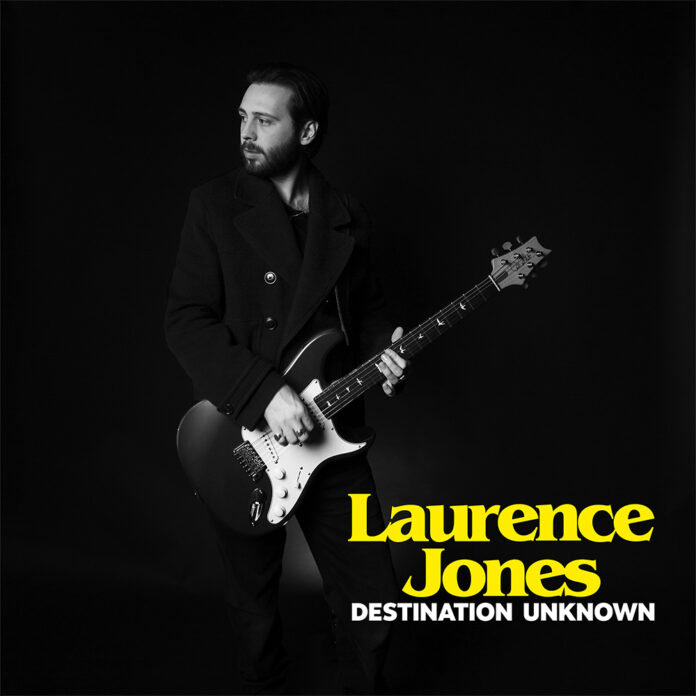 This year I have seen Laurence Jones play live twice. Once, he was opening for Status Quo in the beautiful Symphony Hall in Birmingham. The second time it was in a little club in Worcester, on a backstreet. There were two common denominators: He looked home both times and he and the band were brilliant.

I’ve been a Jones fan from the moment I saw him open for Kenny Wayne Shepherd getting on for a decade back. You couldn’t fail to be. He was the kid most likely, then. The hotshot young player with Jeff Beck’s endorsement ringing in his ears.

He’s 30 now, and I’d be prepared to bet that all that hype never sat comfortably with him. Back in 2018 he released “The Truth” an overtly pop, soul, US flavoured album, on which he tried something new. Credit to him, but he sounded happier on 2019’s outing. Now, in 2022, after those live shows comes “Destination Unknown” and  – after giving this careful consideration for the month or so this record has been out – it is the best album of his career.

“Anywhere With Me” is a garage rocker. Proudly 1970s in sound. It showcases a maturity to the songwriting. You don’t need to look too hard for the metaphor in its line “I’ll never tell you who to be”, either, because this is an artist not playing by any rules but his own this time.

Jones acts as the Producer, and as much as its his vision, the band are equally important. Bennett Holland (backing vocals, Hammond organ, piano and synth), Jack Alexander Timmis (bass) and Samuel Jenkins (drums) all play starring roles here.

And what that means is timeless stuff like “Can’t Keep From Loving You” happens. He’d played that track at those gigs, and it deserved to be in the set. It’s a perfect summation of the LJ Band in 2022. Rock with a blues twist – and anything else they fancy too.

Jones is a brilliant guitarist. But his trick is he does it within songs (Steve Rothery from Marillion is the same) rather than clinical wizardry. “Give Me That Feeling” (the feeling is the horn, lets not be coy here) is an example of his soloing, but its in and out in three minutes.

“Gave It All Away” is the first about face. The piano of Holland makes it. It’s an 1980s soft rock ballad, and its well done. That they follow it up with “Tonight” – the longest one here, and an epic rocker where the band really let themselves go – is perfect. There are no rules to live by. We are making rock music here, nothing else. So lets enjoy it.

I once saw Jones open for King King. Alan Nimmo would be proud of “I Won’t Lie Again”, for sure, and the last time I heard anything like “Holding Back” was on Richie Sambora’s seminal (for me, anyway) “Stranger In This Town”.

I read an interview with Jones where he said that the word “rock” covered a lot of ground. It is true, and so does “….Unknown”. “In Too Deep” is perhaps the most straight-ahead rocker amongst them, it underlines the skill on show. Timmis’ bass anchors “Said And Done” and nowhere is the band element of this better shown than on the title track. Holland came up with it, so he sings it. It’s the darkest one on offer here too. If you want proof that this album could have been anything, its right here.

The same goes for Jones himself. At 30 , he’s got decades ahead of him, and he’s constantly evolving. He probably doesn’t even know where he wants to go next. One thing is certain, though. On “Destination Unknown” he’s set his own standard.