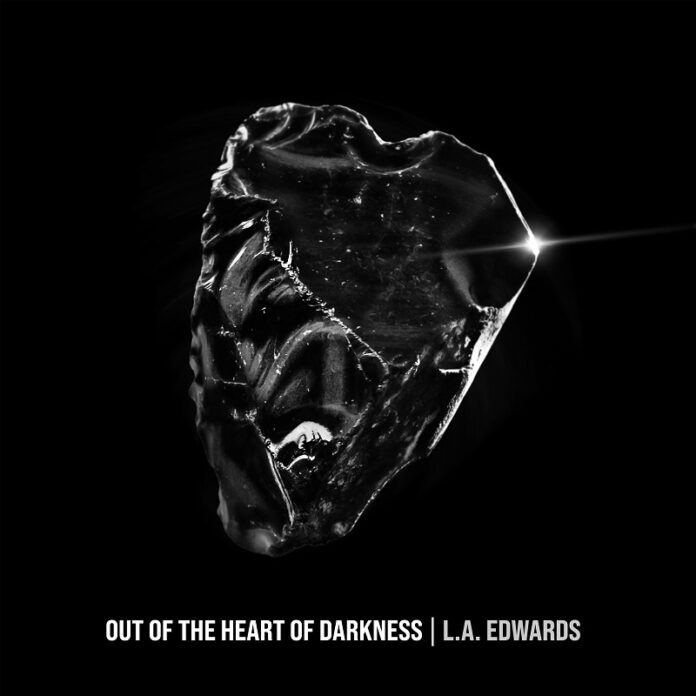 Back in April of last year, watching LA Edwards open for The White Buffalo (it was a solo vehicle for Luke, now it’s a real family affair) I wrote: “The sound the four piece make is so sun kissed, their sky so cloudless that they must belong in those West Coast climes.”

Things change on “Out Of The Heart Of Darkness”, though. There’s a much more rounded, and sometimes dark feel.

Beginning with a prelude, which is a kid talking about the water that he nearly drowned in is a signpost, and when “Little Boy Blue” kicks off the album proper, it does so with the thought “I’ve picked up some bad habits living in the city.”

But the prodigal son is returning, and he’s doing so with something straight out of the classic American songbook. The power chords here are pure Tom Petty (and I am going to assume no one involved in the making of this record is upset at the comparison). What the band do – and it is a real band now with brothers Jesse Daniel Edwards and Jerry Edwards competing the troupe – is create fresh music that sounds timeless. It’s quite a skill. “Now You Know” for example, sounds like just about every troubadour that ever went down the dirt roads, but never sounds like a copy.

“Let It Out” is heavier, more earthy rock n roll, if you like, but its balanced out with “Surrender” which does a kind of shimmering country pop. “I wanna be somebody in your eyes” it cries, you imagine forlornly, and we’ve all been there.

This is a varied record, as “Time To Go” proves. Rock n roll in a way that some of the others are not, “a new year is coming” sings Edwards, and its tough to tell whether he’s looking forward to it or not, and as an example of the layers that this contains, you won’t get better than “Hi Right Now”. Springsteen circa “Tunnel Of Love” provides the musical accompaniment, which sweeps you along, until you realise that the words are bleak: “we never have any fun anymore” seems a key line, but the euphoric chorus reckons that “I wanna get high right now, and I don’t ever want to come down”. It’s designed to be played live, you can be sure of that.

“Stick To You” is more traditional singer/songwriter fare. Billy Bragg would be proud of it, but there’s a depth and a gravitas given to it by the drums, and the organ of “Already Gone” (somewhere between a wedding and a funeral, maybe the same thing?) immediately piques the interest. Light and airy music, but in the words he’s left. That’s the juxtaposition of this album and actually why its so good. It doesn’t follow the usual path.

The band had a peace and love message at the end of that show last spring, and “Peace Be With You” carries that forward and the lovely harmony vocals (a feature of the band) take this one into somewhere else entirely.

Indeed, as “Lucky One” plays it gleefully out, like some Wilco track from a decade ago, you can only praise the ambition of LA Edwards (Luke produces this for the first time too). On one hand, happy to plough the furrow of the greats, but on the other, the green shoots of something new. That “classic American songbook” I spoke of earlier has, when it comes to “Out Of The Darkness”, got some new lines contained within its dusty annals.