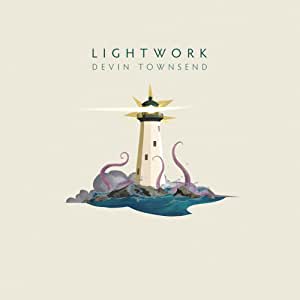 The only social media I use is Twitter (clearly that might have to alter what with Elon making it into some right wing hell hole) and I follow Devin Townsend. He’s great value. Nine hours ago he tweeted this: “Don’t want to startle anyone, but my pjs are on backwards and I haven’t the faintest desire to switch them around.”. It’s alright Dev, mate. I am sat in a pair of trakkie bottoms and a Dead Daisies t-shirt writing this.

Then at the other end of the scale there’s this. A couple of days after Christmas, he told his followers: “I’ve become very interested in the physics of sound, vibration, and frequencies over the past year. It’s fascinating. Harmonics are exhilarating. I think my next mixes will be really a step up.”

All of which is why reviewing Devin Townsend albums is a thing that scares me. I love him, I love his music, but…..he thinks of music on a level I cannot match. Like, my reviews are a series of in-jokes normally, or references to the first ten series’ of The Simpsons, or trying to get The Hellacopters or The Wildhearts (in case you were wondering why I love Devin….) in twice a week at least. What do I do with something as gorgeous and important as this? Procrastinate for weeks, basically.

“Lightwork” came out on November 4th. It is a thing of immense beauty, and I must have listened to it 20 times. Yet I worry that I don’t “understand” it. Whatever.

“Moonpeople” begins it in subdued, calm fashion. “Ode to the unknown” sings Townsend, and you can say that again. This one is a journey that stops off in places you’ll never reach anywhere else.

Musically, there’s something a little unsettling about this, like its playing a film that only DT has seen. “Lightworker” is ostensibly gentle, but then there’s patches and moments of almost white noise. Yet, this is a collective. Lush soundscapes abound as the hook suggests “we are all of us…..”.

This is both more electronic and more hypnotic than your average Devin record. “Equinox” is both. Laden with harmony, somewhat ethereal, yet there’s a strident guitar line too. “Call Of The Void” comes on like some 80s pop song, and not for nothing is the first word uttered here that of “shapeshifter”. What else is this other than an ever changing beast that is altering before us. But like its chorus says “don’t you freak out”.

Note the words, “chorus” and “hook” and all the rest. Because whatever else is going on here, then we mustn’t lose sight of the fact that the songs are the most important things and that Townsend is a gifted songwriter first and foremost. “Dimensions” is one such, it’s just that it takes an almost nightmarish turn at the end.

“Dimensions” is harsh and industrial, like a Stabbing Westward track, before it becomes a club anthem almost, “Celestial Signals” is modern prog metal, and “Heavy Burden” gets nearly funky, before it explores a near pop angle. That those songs follow each other are basically all you need to know about the breadth and depth of this material.

And that pop angle is underlined by a wonderful “Vacation”. Light, airy, it acts as a kind of sorbet, before the record’s centrepiece, concludes things. “Children Of God” is the epic, the set piece, the 10 minute adventure, where things are truly let go. It’s sensational. It ends with some ambient sounds, the sea, the calm after the storm perhaps, where the Lighthouse that the album is centred around is the beacon of hope.

Indeed, it is tempting to think of Townsend in these terms. Some gifted loner, crafting these pieces as if in a lab for his own gratification. Except its not that, he always manages to make it accessible, he always remembers that this is entertainment too. Plus, when everything is said and done, he puts his pyjamas on backwards. He’s just like the rest of us, except his music touches levels of genius – as “Lightwork” proves.