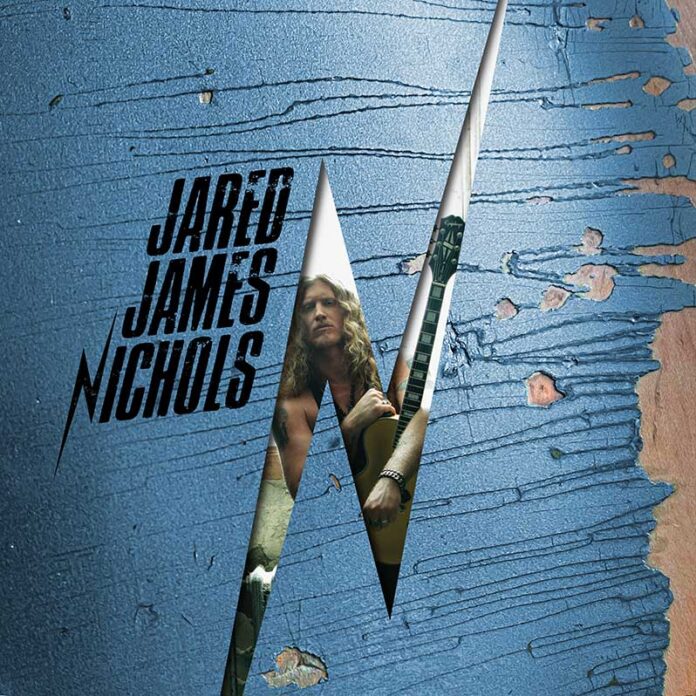 How time flies and all that, but it came as a shock to me that the last time I saw Jared James Nichols was back in 2018. There was a time when he was on stages in the UK every week, it seemed.

What didn’t shock me, though, was in my review for the gig for that night, opening for LA Guns, I pronounced his show to be “joyous”. And it really was. It always was. JJN has always had that something. An indefinable charisma that the rest of us don’t. What I mean is, I don’t look like a rock star, I don’t have presence. He does.

Which brings us to album number three. “Jared James Nichols” emerges after a five year break, and if he’s back, then this time, he means it – and means it in a way he never has before.

“My Delusion” isn’t even a departure. It’s the same excellently played, sort of blues rock n roll that he’s always done. Somewhere between Mountain, James Gang and Led Zeppelin, but this time, it is infused with a rawness, as if he and Producer Eddie Spear (Slash, Rival Sons) have deliberately set out to bottle those performances.

“Easy Come, Easy Go” is the one to skip to if you want to see what I mean. The handbrake is off. You know that the blonde hair was flaying in the studio and everyone is having fun – perhaps more fun than ever.

He’s always been hard to pin down, though has Nichols. “Down The Drain” adds a trace of Soundgarden, for example, which is at odds with the more fists in the air riffery on the single “Hard Wired”. The inference from all of this is that the 12 songs here are merely a fan playing the sort of music he loves. That vibe is all over its near 40 minutes.

There’s some wonderful moments here wherever you look, but there probably isn’t anything much better than “Bad Roots”, so much energy, its like its been on a three-day Red Bull bender, “plastic pills won’t save us” he sings. The conclusion then is that only rock n roll will.

You like heavy? He’s got you covered. “Skin N Bone” is but a heartbeat away from being a Glenn Hughes song, and “Long Way To Go” is so bursting to get going, it doesn’t even bother with intro’s. There’s just a confidence here, a class, a skill. Everything has gone up a notch.

I’ve always thought JJN was born out of time and certainly, there’s a swirling, psychedelic quality to “Shadow Dancer” which builds and explodes, while “Good Time Girl” has the best groove of 2023 so far – and it may well not be beaten.

There’s many twists and turns hereabouts, but “Hallelujah” and its foray into Saxon-esque metal wasn’t expected, and the  blues of “Saint Or Fool” comes complete with a guitar solo that makes you go “wow!”. A lot of it does, in fairness. The last track, “Out Of Time” is one of the most understated, the least bombastic, but it’s mighty, and is another that finds its way to a crescendo very neatly.

You suspected it as soon as  Jared James Nichols made this self-titled. “Jared James Nichols” represents him as never before. The man himself though, merely says: “I made a record to serve as the menu for the live show”. Welcome to something that equates to a Michelin Star offering, then. Tuck in.