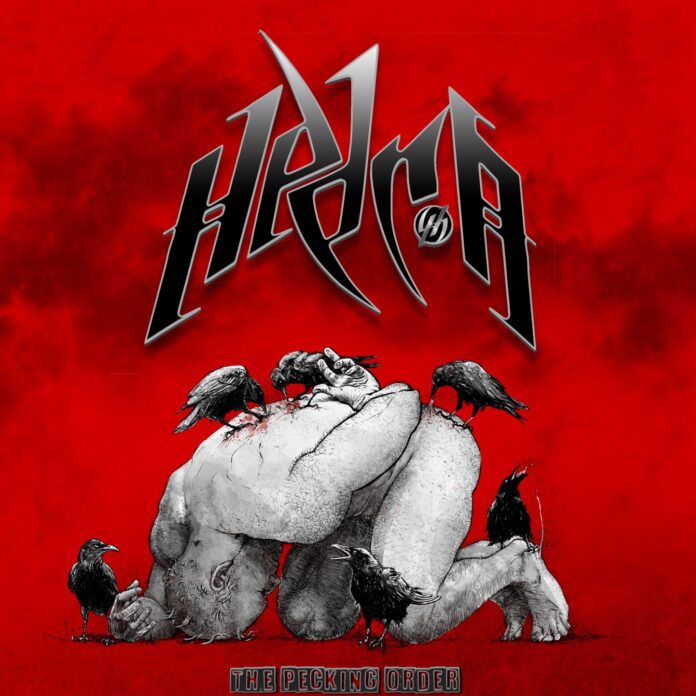 Their much-awaited new EP, `The Pecking Order` is released this month with lyrical

themes and focus influenced by the government’s handling of the recent pandemic.

This extended play opens with `Jackdaw` inspired by a Jackdaw crow that used to visit singer Jim in his garden in Thetford during the lockdown. A terrific introduction with some pounding drums, a throbbing bassline and grinding guitar riffs allowing a platform for the vocal delivery atop and alongside. The song races along at times but also has some more contemplative passages which reminded me a lot of Tool. I found `Stolen` a much more thoughtful piece which retained the powerful intensity of the previous number but had a sense of questioning. At times it kind of tipped it`s hat to the grungier, sludge like texture of  Alice In Chains.

I read in the urban dictionary that `Suchi` is a place where anyone is welcome at all times, day or night, a place to have a good time usually involving food, drink, and music maybe the odd game or two.  I`m not sure if that was what the band had in mind but this number is a captivatingly heavy almost mesmerising workout. A number to just rest easy and let it seep into your subconscious. The track takes a bit of a curve ball in the last couple of minutes as we hear the sound of a jackdaw and the piece reverts into a wistful reflective soundscape. There was a slightly edgy feel to `Avismogi` which began fairly gently before blossoming into a much more robust examining submission.

`Storm Clouds` does have that sense of an impending thunderstorm or hurricane on the horizon, maybe a metaphor for what`s to come. It has a delightful tense ambiance as it evolves and hints at a perception of foreboding. We close out with `Head Held High` which seems to be demo from what i`ve read but it`s far from an unfinished piece and feels as if it`s the closing of a circle or indeed as it is here the final track. A fairly vigorous and muscular composition to end on.

I was really blown away by Hedra and their `The Pecking Order` EP.

We seem to be gathering a number of class heavy prog-psyche bands in the UK with the likes of Wigan`s Boss Keloid and i`m sure Hedra will be a guiding light for others that choose to follow.