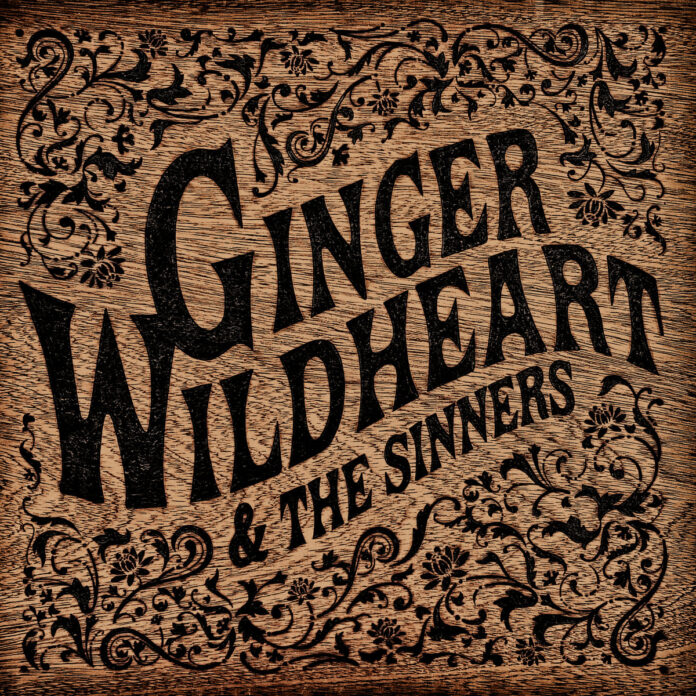 I don’t know what it’s like for kids these days. In fact, it’s probably been ruined by the Internet like everything else (I know hating the internet is an odd standpoint for a website!) but back in the 1980s, if you told your Nan you liked music you got a compilation tape in your Christmas Stocking.

I’d have been 13 years old in 1988 when mine bought me “The Chart Show – Rock The Nation” (I Googled when this was released, oh the irony). It was ace, and I wore it out over the next year or two. But three songs stood out to me. Indeed, three songs – not hyperbole – changed my tastes.

Marillion’s “Incommunicado” (it began a lifelong love of the band) was one, and two that are pertinent to this:  Status Quo’s “In The Army Now” and The Georgia Satellites “Battleship Chains”.

TGA (and anything their leader, Dan Baird, did) always had a mark of genius and the fact that Ginger And The Sinners cover “Six Years Gone” gladdened my heart. Only because that lo-slung lead, so perfected by Rick Richards has always been there in Ginger’s playing too, and you knew they’d nail it.  Likewise, the Quo cover. “Dirty Water”. I’ve seen them do it on the “Frantic Four” tour and it’s country fried, barbecue flavoured Credence Clearwater-isms are perfect here.

In many ways, those two sum up The Sinners. Not least because Neil Ivison sings the latter and is the de facto co-leader of the group – certainly it felt like that when I saw them live a few months ago.

It’s at this point that I am contractually bound to explain that Ginger was the singer in my favourite band. And they had a b-side back in the last millennium where he basically listed all his favourite bands. One of these was Jason And The Scorchers (I know because we religiously checked them all out) and that almost seems to be the thread through this.

“Wasted Times” kicks things off, and it’s a perfect summation of what the band does – and it very much feels like a band, perhaps even more so than any other outfit Ginger has fronted – warm, welcoming, expertly done and catchy as the flu. Indeed, although it sounds like nothing he’s done previously, it does sound like a Ginger record in as much as there’s the innate way of writing that means the eight original tunes here have a golden thread.

This is meant as a massive compliment: The record is such an easy listen. “That Smile” has a chorus that you can’t resist, then you delve deeper (and I’ve lived with these songs for a few weeks now) and it deals with some real darkness.

When they stuck out “Footprints In The Sand” as a video the other week Ivison spoke of it being the first thing they’d written. By all accounts they met in the studio and there was some spark. A night in the pub followed and the music started flowing as the drinks stopped. Ivison and Nick Lyndon are in Stone Mountain Sinners together, but that can’t account, surely for the way this sounds so organic.

No, where some albums sound cold, clinical, like a lab experiment almost, this is the antithesis. This sounds like a group of mates busking for fun. “Lately, Always” is a Ginger lead vocal, finding hope in the forbidden, but done so gently, like The Stones, circa Exile On Main Street.

It’s the sheer joy of rock n roll that you can’t miss. “Work In Progress” is an absolute beauty. A copper-bottomed classic in waiting. The duet with the female lead is genuinely stunning. She absolutely owns this. I don’t even drink but I’d put “whiskey in my Ovaltine” if she told me to.

“Breakout” is a more folk thing. A change of tempo. But proof that there’s so much to come from this band (when I saw them live in the summer it was said there’s another album ready after this one too) and drummer Shane Dixon shines on this track too. “Not The Staying Kind” isn’t a country song at all, but it is the country theme of “you’re halfway dead, while she’s already dating other men” – and we all get it. This is the work of a band that has mastered what it wants to do. The lead guitar on this is totally unlike anything you’ve heard from them elsewhere too.

A record that is this much fun, needed a fun ending, though and it gets one. “Code Of The Road” is genuinely funny (and you can’t say that about many songs). I found myself marching round my proper job singing “no solid in the toilet” at one point recently. So, thanks. Also – chaps, the second verse: I didn’t pay for my ticket to the gig in Wolves, but I didn’t drink your beer, so we’re good, yeah….? (the rest of you that will make sense when you hear it…..)

But whatever you do, you must hear it. This is a record, I suspect that Ginger Wildheart (surname omission deliberate until now so as not to make it about that band) has wanted to make for years, and I’d also wager that when it left their heads and went onto tape, Ginger Wildheart And The Sinners couldn’t have imagined it sounding any better than this.