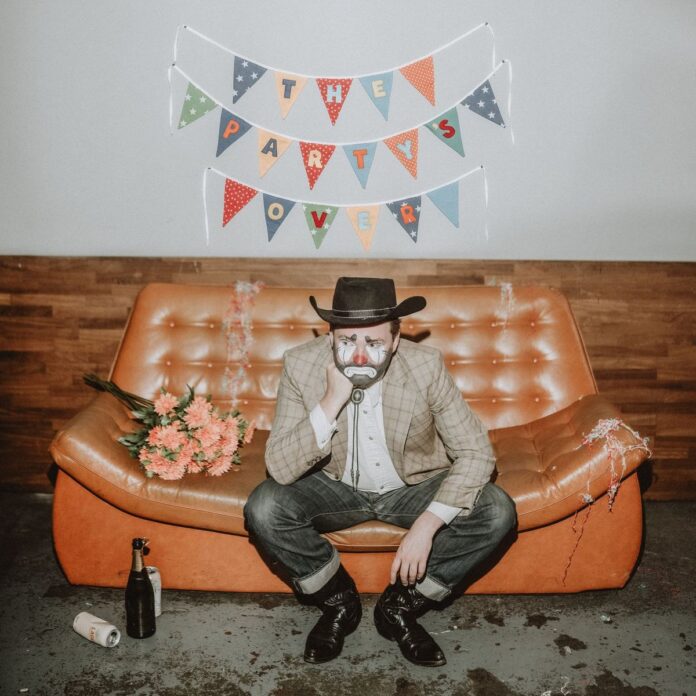 In The Blue Corner: I watched one of those Classic Album things on Sky Arts recently. It was about Def Leppard’s “Hysteria”. You can leave aside any debate about whether that is a classic album (it isn’t. It isn’t even the best Def Leppard record). But the point is it took years. They’d spend days on the drum sound on one section. And don’t get me started on “Chinese Democracy”, the car crash of a Guns N Roses thing that took decades.

In The Red Corner: Rob Heron And The Tea Pad Party.

And, if we were going to duke it out for who was best, then the judges are calling it a no contest, to be honest.

Rob And the boys don’t mess around. This was written between January and May. Rehearsed in one afternoon and recorded in three days. That suits the music too. I’d guess that “The Party’s Over” was recorded essentially live and if they did it again tomorrow, it’d sound slightly different.

It helps of course, that as ever Heron and the Orchestra are making music that defies classification. There’s cleverer people than me who probably analyse these things and come up with better answers than “its good, innit?” which is all I can manage.

It’s the disparate threads of these – and the way they somehow all tie in – that most strikes you. “Go Home (The Party’s Over)” imagines a world where The Sun Studios has just hosted Elvis for a morning, and he’s made something you could have placed in a jazz club in the Prohibition era. Indeed, prohibition seems to be a theme and no one seems to be doing well with abstinence.

“She Hypnotized Me” ramps up the jazz a little more, and could make a dead man move, but it’s the authenticity of it that you can’t resist. The way the words don’t match the music. Ostensibly, “My Salad Days” is happy with its lot, but listen to it and its loaded with a pathos and regret. It’s fabulously done.

By and large these ten are split between “up” and “down” and given the subject of most of them, then maybe that is actually “party” and “hangover”, but “Trouble Is” (the album’s only cover) is definitely one of the former. One of those Elvis songs from the films, where he knows he should forget her, but everyone knows he won’t. It’s balanced out brilliantly by the stupendous “The Horse That You Rode In On”, which is like the soundtrack from a Western B-Movie, complete with the stunning line. “If your brains were dynamite there’s not enough to blow away your hat.” Compete with that.

“Dilly Dally Sally” has it’s eyes on the prize, the prize seems to be Sally herself, lucky girl. Bonus points all round for a horn section on “Remind Me Tomorrow” which is like a lugubrious Southside Johnny. Depression, inertia. It’s all here, and its all wrapped up in a sax solo that the Big Man Clarence Clemons himself would have loved.

The harmonica wails on “Right To Roam” which seems to long for somewhere other Heron’s native Newcastle Upon Tyne, but is a wonderful example of what the band Tom Cronin (mandolin/harmonica/guitar), Colin Nicholson(accordion/organ/piano), Ted Harbot (double bass/electric bass) and Paul Archibald (drums) can do. As is the bluegrass tinged “A Call To A Mothers Arms”.

“The Doctor Told Me”, in many ways, brings us back to the place we came in. The comedown. Smoking, drinking and sniffing its way to the catchiest New Orleans sounding thing this side of Mardi Gras.

The fact is no one else is writing songs quite like these, and their spontaneity, their organic nature and their brilliance shines through here. Rob Heron And The Tea Pad Orchestra just have a way of writing feel good tunes about things that aren’t actually that feelgood at all.

Here’s the scary part: Imagine how good they’d be if they had four days to do it…..