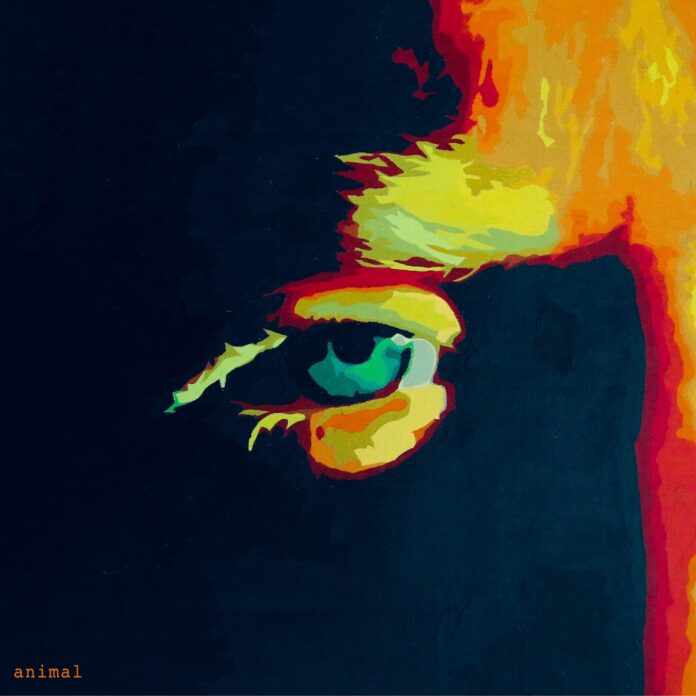 Gareth Dunlop is a Belfast singer-songwriter and producer whose second album, ‘Animal’, is due out this month and follows his 2017 debut album, ‘No. 79`. Although this is only his second album, Gareth has released several extended plays in between and his music has featured in numerous television shows, films, and commercials.

The album opens with title track `Animal ` a fairly expansive number that begins with an electronic beat and a pulsating programmed drumbeat. The vocal is wonderfully rich and really owns this number as it rises and falls throughout this quite anthemic piece. There`s more of a reflective texture to `Pulling Heaven Down` which begins quietly but gains strength as it evolves. The vocal is it`s centrepiece but there`s a lot going on musically to support it as this dreamy offering progresses.

It builds nicely with some delightful piano keys and complementary backing vocals.

‘Look Back Smiling’ was written as a message of sorts for the singer`s son. The global pandemic curtailed the boy`s first year at school and bypassed an important year of making first connections with would be friends. The singer wanted to do everything in his power to ensure his son didn`t miss out. A quite pensive but powerful almost soulful oration. There was an almost spiritual feel to `Old Friends` which seems to have layers of music built as a platform for the singer to give free range to his impressive vocal range.

`Sorrow` is a fairly intense but rewarding and stunning listen. The artist was asked to play some songs at a scattering of ashes ceremony and wake and was subsequently requested to compose a song for the friends and crew members of the deceased as they were documenting the event as they had the deceased`s life. The documentary, entitled ‘A Hidden Star’, is about the award-winning filmmaker, novelist, and cancer fighter Allison W. Gryphon (aka Allison Wilke) and i`m sure she`d have been really proud of what Gareth created. Challenging to listen to but a delightful eulogy and you`d have to be made of stone not to be moved by it. We have another fairly contemplative number in `Humans` which will suck you in and almost hypnotise you.

`Headlights` had a kind of resonating guitar chord riff at its heart where you could hear fingers on the frets as they glanced over them. It builds musically with a constant drum beat and electronic type pulse and also in volume as it fulfils its journey. We have much more of a toe tapper in `My Kind Of Paradise` and I can imagine a live audience clapping along with this quite engrossing aria.

‘Right About Ready’ is another song that is made for live gigs. It has a kind of soulful feel but with its chorus line of “Right About Ready”, I can see the faithful waving arms in the air and singing along. A cracking earworm of a number which ends quite abruptly. The album closes out with ‘Prisoner Of My Past’ which is a quite delicate almost edgy ethereal mystical maybe even divine composition. It conjured up images of shimmering textures on a lake and left me with a real sense of contentment.

This was an album to just put on and bathe in it`s glow. There are some real floor fillers, toe tappers and some deeply moving and inciteful submissions. Gareth has deeply rich and distinctive vocal and at times I was reminded of singers such as Liam Ó Maonlaí from  Hothouse Flowers and Peter Cox from Go West but it has its own resonance.