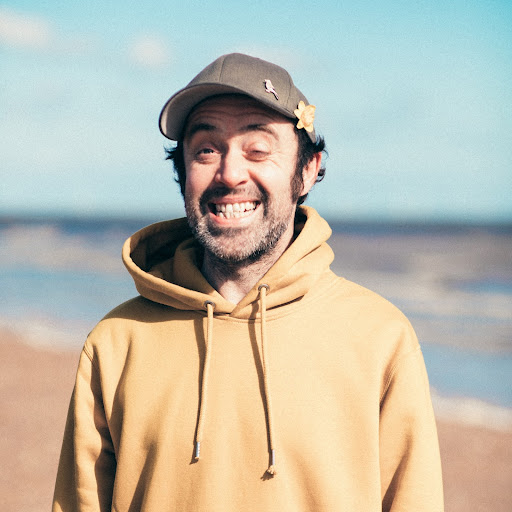 Beans on Toast is back with a searing new protest song: “Swimming In It”.

Taking-on the wastewater giant Southern Water, Beans has assembled a collective of over 30 musicians to join the fight against their alleged acts of criminal environmental pollution.

Written for the community group SOS Whitstable and recorded over a weekend session at The Albion Rooms in Margate, a huge group of musicians from the Kent Coast, dubbed ‘The Kentish Folk’, joined forces to produce the striking new single: “Swimming In It”.

Speaking about the new song and the experience of making it, Beans says:

“After moving to the Kent coast in 2020 I became aware of the horrific acts committed by Southern Water and also by the amazing fightback from the local community in the form of SOS Whitstable. I wanted to help and did that in the only way I know how – I wrote a song. Striking while the iron was hot, I scored some studio time in The Albion Rooms in Margate and put word out around the community inviting anyone and everyone to come and play on the track. The result was The Kentish Folk, a small army of amazing local musicians, everyone who came down is on the track, most of them were strangers to me before the session started.”

The result is “a fun party tune, about why it’s a bad idea to put s**t into the sea” sums-up Beans.

Chiming with tomorrow’s release (22 April), Beans will be looking to raise further awareness for the cause at a demonstration in Worthing tomorrow afternoon, where the HQ of Southern Water is based. Beans will be performing a set, alongside talks from local campaigners and Surfers Against Sewage in aid of their END SEWAGE POLLUTION campaign. Further details can be found here.