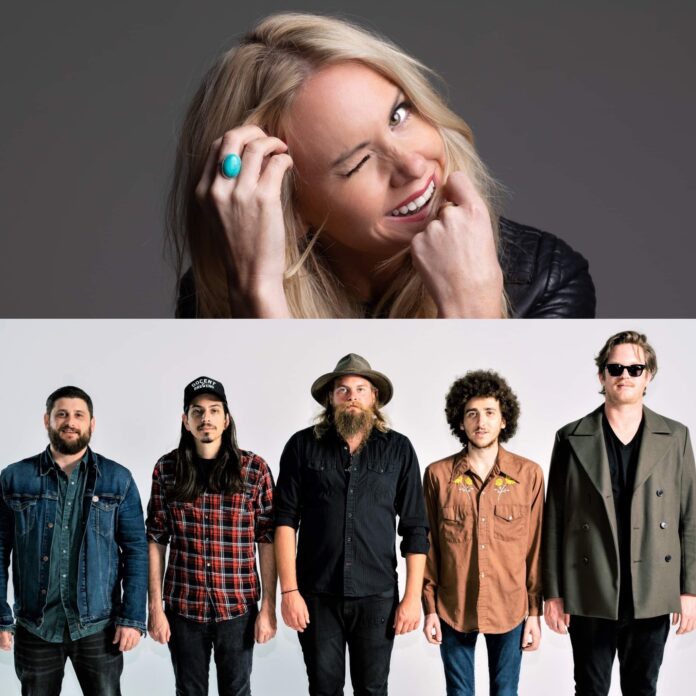 Robert Jon & The Wreck are very pleased to announce Welsh vocalist and singer songwriter Laura Evans as their special guest on their 12-date May UK Tour which runs from May 9–20th.

The May 2022 UK tour follows Robert Jon & The Wreck’s triumphant September 2021 UK tour where the band sold out five concerts in London, Manchester, Nottingham, Edinburgh, and Sittingbourne.
Born in the valleys of south Wales, Laura Evans’ love of country, soul and blues music started early when she listened to old records by Fleetwood Mac, the Eagles, Bonnie Raitt, and Faith Hill.

The single is available to stream here: https://bit.ly/wfymsingle.

The music video can be viewed at https://bit.ly/watchwaitingforyourman.

“We wanted a change of pace and something we can get done quickly,” says the band’s lead singer and guitarist, Robert Jon Burrison about the new single, Waiting For Your Man.
“Alex Pasco (Foo Fighters, Paul McCartney) was a blast to work. It was rough to get everything done so quickly. Waiting For Your Man was recorded in one day. There is something about knowing what needs to get done that pushes us to play better and not overthink things. Andrew had ideas flying in for arrangements at the last minute. Henry had ideas for the solos. Everyone nailed it in the studio.”

Robert Jon & The Wreck come from a highly influenced rock and roll background. With Waiting For Your Man, they wanted to inject a bit more of a rock and roll feel and energy. The new single is very riff based and is a result of the band jamming together in one room. The new song came about naturally, felt familiar, and gave them a feeling of nostalgia.”
“Waiting for Your Man is the simple song about going through the peaks and valleys of any relationship,” says Robert Jon. “Both sides have their issues with one and other, but they want to give each other a chance. Sometimes it is easy to throw away what could have been something great.”

Robert Jon & The Wreck has been writing songs and releasing albums since the band’s conception in 2011. During this time, this quintet of follicular proficient gentlemen has been busy fine-tuning their sound playing to packed houses across Europe and the United States.
RJTW has received accolades including nominations of “Best Rock” and “Best Blues” and winning the title of “Best Live Band” at the Orange County Music Awards in 2013, to numerous top 10 chart placement on Southern Rock Brazil’s Top 20 Albums to being praised as “Classic and fresh at the same time,” by Rock The Best Music, “Raising the bar for the Southern genre” by Blues Rock Review, and “keeping the history of classic 60’s and 70’s rock alive for newer generations” by blues guitar legend Joe Bonamassa.