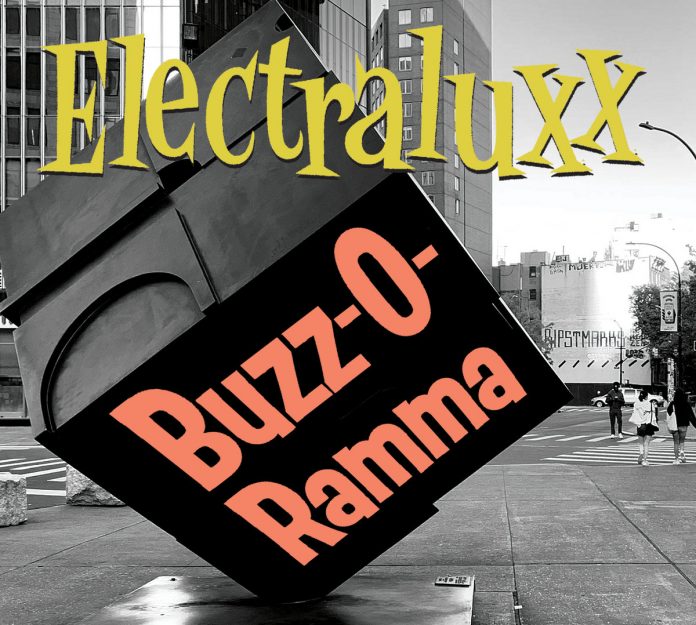 Me and my brother went to see a band called Marah once (if you haven’t heard their “Kids From Philly” record then stop reading this review immediately and head to wherever you can find it – its far better than any of my musings). The band had two brothers in and me and Thorley Jnr decided that we were going to form a band. We did. Until I dropped him back at his house that night. That was It. Our dreams of becoming the next Hanson were over as quick as they began (face facts, “Mmmmbop” is a banger).

Luckily, there are still brothers with talent (me and him never had any to be fair) The Great Scott Dense and Little Ricky emerged somewhere out of the swamps of New Jersey (sorry I might be mixing Springsteen lyrics with reality again, I do that a lot) with a dream in their hearts and a song in their step. Or something.

Look, the point is, they stopped making records for a while, then they managed to find the spark again. And that catalyst, it seems to me, has transported them back to Sun Studios, and just about the day that Elvis Aaron Presley marched in and said: “It’s me mum’s birthday, chief. What you got for me?”

Now that’s fine and dandy because the first time I came across Electraluxx was a single they stuck out last year, called “My Mom”. I reviewed it on the site, because my mum would have approved, my mum after all was a massive Elvis fan and it rubbed off on her eldest. Elvis – and I will not be swayed from this – is one of the top five coolest men in rock n roll (Keith Richards, Slash, Phil Lynott and Lemmy are the others).

And from the day that I heard The King, as a little lad, that 50s sound, that purity, that innocence, that genuine excitement, has been all I have ever really, truly sought from music.

That’s Electraluxx too, that’s what they do. For 29 minutes and 13 glorious songs, they can pump this into my veins.

“Tight Black Pants Girl” (sample line “she ain’t counting no sheep when she’s lying in bed”) drips with lust for 64 seconds, but somehow, is still as wholesome as a high school dance. It’s a neat trick.

“Buzz A Ramma”, is uniquely American, and you can almost hear Brian Setzer ringing his people to see why The Stray Cats never had it, “Catalina” – which seems to be a motorbike, but I haven’t a clue – sounds like the Wolfman should be playing it on American Graffiti, while “Too Cool For School” understands it sounds like Eddie Cochrane and you know what? It doesn’t care.

On the review for the single last year, I wrote about the tragic passing of Little Richard, and looking back on it now – and maybe this is because it was at the outset of the pandemic – not enough was made of his legacy in my opinion. Listen to the scream before the solo in “Knock The Dust Off” and you’ll see that too.

“Best Seat In The House” is a bit of a diversion, on one level at least. More Replacements than Big Bopper, it people watches in a diner in Rhode Island, but on the other hand, considering this is a celebration of life, then maybe it’s perfect.

“Time Bomb” adds a punk-ish edge, or possibly The Sonics would be closer? And the garage vibe is all over “Little Miss ESP” too. The other part to the double A-side single last year was the fabulous “St Marks 96”, which is pure pop music – the way pop used to be, not this modern stuff.

“King Of Rock N Roll” keeps it simple, like Chuck Berry simple, and I’d love to think it was about one of the two brothers in their years in the wilderness. “Hot Red Lipstick” (I hope its about the same girl in hot pants) stomps like Supersuckers or Rev Horton Heat, while “Too Much Trouble” actually slows down, bluesy in the way Jim Jones always is, its also the slowest, closet to a ballad they have, but don’t fret. It isn’t. The filthy guitar solo sees to that.

It’s simple really. You want a buzz? Get on this. You want energy? Put this on. I’ve had my first Covid jab, but this probably has the same properties. “Buzz-O Ramma” is essentially the proof that there is light at the end of the tunnel and the world is alright.