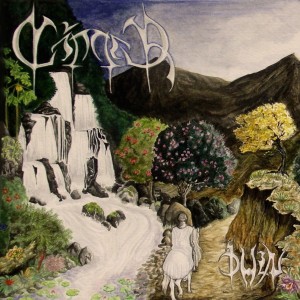 It’s an instrumental entitled “Río frío” that kicks things off. What starts as an acoustic introduction to the culture of their native Colombia soon becomes the true beginning of the next 30 minutes or so.

That half-hour consists of fuzzy riff-driven tracks that have one foot in the desert rock of the early 1990’s and another firmly planted in their homeland and a progressive death metal style that South American bands are beginning to make their own.

The production values are raw, but there is nothing wrong with that even in this enlightened technical age. In fact you could argue it enhances the progressive, folky death sounds that the band conjure.

Their first album Nadia introduced the bands style in a less-coherent and structured way than this release. Although there was still much quality to admire about the debut it seems that have learnt some lessons and put the experience into good stead for their second full-length release.

“La gran laguna” and “Coeur-de-lion” both exemplify the musical attributes of the Bogota-based heavy progsters.  At times they are crushingly heavy yet managing to retain a sense of melody and intricate moments and streams  that most bands take an age to master.

This album is the sound of a band with a clear direction and purpose, much like Opeth in many ways, and it’s a band that are maturing with every step.  Although the album is not without it’s flaws, the odd downbeat passage that drags the pace down and then finds itself with an almighty climb to get back to top, it’s possible that their magnum opus may not be far away and with two albums done in two years they are not going to be taking their time about it.

To get the lowdown on Colombia’s finest go to: