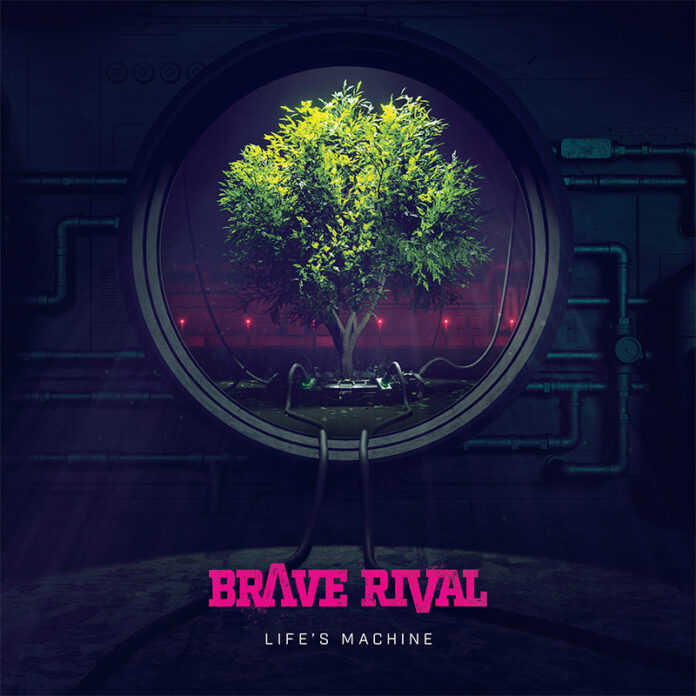 I’ve seen 122 gigs this year (so far, there’s always time for another), and probably – at a guess – 300 bands. Of all these, only one has danced with my mate. So Chloe Josephine, of Brave Rival, have an award.

One Friday night in late summer MV and mate were sat in the basement of a vegan café in Warwickshire, on a bench at the front. Her original choice had done one at the mere thought and I was giving it my best “don’t come anywhere near me for this” look so my mate was the one she chose.

I tell this story for two reasons, first it was funny and I am still winding him up about it, especially as his wife had gone away that day (true that!), and second it’s just a little insight into the fact that Brave Rival do things just a little differently.

You’ve seen countless bands who mix blues, rock and soul. Let’s be honest and I am not about to insult anyone’s intelligence by claiming otherwise. You may have even seen bands with two singers before (I don’t mean Raging Speedhorn, with all due respect to Corby’s finest hardcore band) but I am not going too far out on a limb to say this: you’ve never seen a band with a pair of vocalists like Josephine and Lindsay Bonnick. The two are the beating heart of Brave Rival, but more than that, they make them unique.

Which brings us to “Life’s Machine”. The reason I do these catch up reviews when other websites arse about with end of year polls is exactly because of albums like this. The aforementioned mate had said to me: “do you know Brave Rival? Their album is great, they are playing at the end of the month.” So you do some looking, realise that not only is the album in your pile, you’ve managed to miss it. So you have a listen. Realise how good it is, and off you go.

Along with the two ladies, there’s Ed “The Shred” Clarke. The lead guitarist, he’s stunning. A few weeks after the gig in Leamington, I’d gone to see Dom Martin. An Irish bluesman who is the closest thing to Rory Gallagher you’ll ever see. BR opened that night. Clarke matched Martin, and that’s no hyperbole.

“…..Machine” begins with one of his riffs. “Heart Attack” is built around his work, and he’s astonishingly versatile. “Guilty Love” is the type of stuff that Elles Bailey usually makes her own, but it proves the soul of the band. The organ lick takes it into different places, too.

“Without You” is the band in microcosm. Starting with haunting dual vocals from the pair, it builds into something totally different. Mention here for Billy Dedman on bass and Donna Peters on drums who propel this thing.

They’ve got a heavier side too. “Run And Hide” is proof that they could, if they’d desired, been a hard rock band. They just had other ideas. And those ideas included a full on blues heartbreaker in “Come Down”, somewhere in between Joanne Shaw Taylor and King King, it’s a breakup track with a different twist (which I guess suits the album?)

Watching the band as I have, it seems clear that they pour themselves into their songs. Some sound autobiographical. If “What’s Your Name Again?” is, that’s fine, but I am not about to pry. I am one of life’s great blushers. The slide guitar I can talk about, though, its stunning. The band know it. They finish gigs with it for a reason.

Side two (its tempting to think of this in terms of vinyl as it’s a real aficionados record) begins with one of the catchiest in “Secrets”, a proper funky air, and you are moved to wonder about their tastes in partners. No matter, the song is superb.

There are many reasons this is impressive. Not least the length of the cuts. The brooding, “Long Time Coming” is so polished and so well done, but it, in common with the rest, is given room to breathe and not rushed in any way.

“Thin Ice” has been central to the live shows I’ve seen, you can see why. Strutting, and a natural to be played live – the hook is so simple – its one of the best and something of an anthem: “why am I never your priority” goes the harmony, in such a way you wouldn’t want to cross them.

“Fool Of You” is full-on Aretha Franklin, and my god, it drips with sass, and it ends with the two longest. “Break Me” is full of lust and regret. (“I am damned if I let you control me, and I am damned if I don’t” appears key) delivered in such a way that makes you think they might have the last laugh anyway, before the title track is another hint that this band is nowhere near done. Swirling, lengthy, almost prog in places. It gives the record a confident, classy finish. This is a confident, classy band.

I wrote most of this on Christmas Day, and just after I’d watched the Knives Out sequel. Edward Norton’s character had described disruption theory. You started by altering something small, he’d said, and everyone loved you for it, before you moved onto the big stuff.

On that basis, welcome to blues rock’s disruptors, then. Wherever they choose to go next, it’ll be thrilling.

Previous article
REVIEW: THE BLACK HALOS – HOW THE DARKNESS DOUBLED (2022)
Next article
REVIEW : ROME – HEGEMONIKON – A JOURNEY TO THE END OF LIGHT (2022)