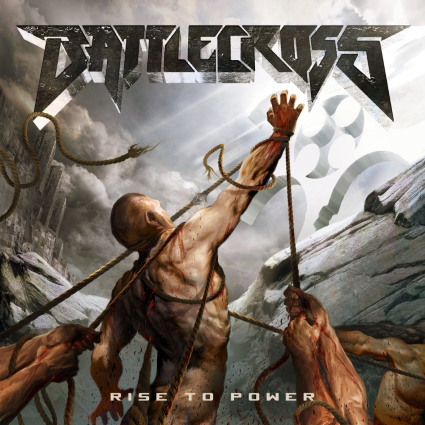 The thrash revival shows yet more signs of life

For those of us that grew up in the 1980s and have been enthralled by the primal music of thrash metal ever since, the last few years have been fallow ones.

The big four are still around, but for one reason or another haven’t fired on their full thrash cylinders for a while now (Anthrax in particular have made excellent records, but they aren’t thrash, the same goes for some of Megadeth’s work) and the new breed – for example the UK’s Evile or the U.S.’ Diamond Plate – never quite came through as we might have hoped.

Recently, though, there’s been signs of thrash life. The time does seem right for the venerable old genre to make a comeback. For one thing we’ve got Slayer back, Exodus – who arguably carried the torch better than anyone but were hamstrung by the fact their former singer was likely to say stupid shit on stage at any moment – are still here, Machine Head sell by the bucket load and Megadeth are to play Wembley Arena on their autumn UK run.

All that being said, it needs a modern band to come through and shake things up. Step forward Battlecross.

Not that the Michigan mob are particularly new. This is their fourth record since forming in 2003, but it does seem like they are as well placed as any to make the grade.

There is a confidence about “Rise To Power” which indicates as much, and whilst this owes more than a debt to Slayer (something the band acknowledge themselves) it is shot through with a modernity that gives it real crossover potential.

Things start pretty much as you would expect, in a swirl of bluster and noise, with the brutal “Scars” but this is no pile of retro tribute rubbish. Tracks like the groove filled and brilliant “Not Your Slave” nod at their heroes, then add in a dash of Lamb Of God and race off with the spoils.

Much of this is singer Kyle Gunther’s doing. He might be the bands third singer, but his work here is excellent, with a real aggression about songs such as spoiled, which takes its riff from a combination of Iron Maiden’s first two albums and Motley Crue’s “Looks That Kill.”

In general “Rise To Power” makes its point quickly, and doesn’t concern itself with long passages. Only a couple of its number clock in at longer than four minutes, and it’s mantra seems to be “get in, get out and bludgeon.” “Bound By Fear” summons up all kinds of evil and the twin guitar work that ushers in “Despised” hides real anger in its classic metal stylings.

“The Path” which bookends what is a brilliant record, adds some lilting acoustics, but the suspicion that it would quite like to rip your head off is still there, and the track is basically a manual as to how modern thrash metal should sound.

As this is the album in general. It’d be wrong to say they don’t write ’em like this anymore. It’s fair to say they haven’t for a few years. Battlecross, like the title says, are a band on the rise.