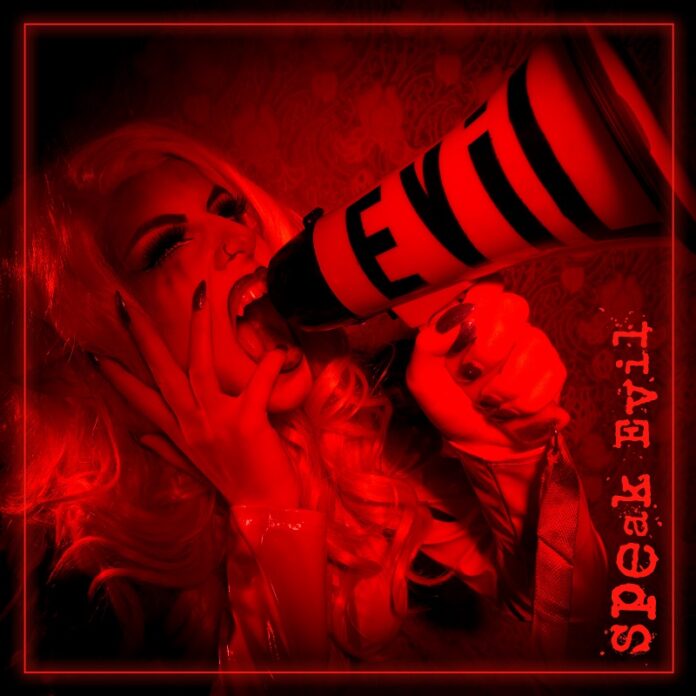 “Speak Evil” arrived and I’d been looking forward to it. I’d reviewed the “See Evil” section last year, and very good it was. Keiron “K” Berry is a fine guitarist, an excellent and this band was showing potential to develop into one of the best underground metal bands in the UK.

Then I read the stuff that came with it and it says “Part 3” of three to complete the trilogy. It turns out I’d missed the second section “Hear Evil”. In my defence, its been a busy year, but whatever, what was meant, originally to be a bit on a three tracker now has to be about two EP’s – and make no mistake about this, BBF are worth your half hour.

To kick off with the middle bit (if you will) there’s a proper metal thing going on in “Power Of The 72”, a real Saxon flavour (and I am assuming, this is not about the Stoke City League Cup winning team of 1972), it has a melody and dark crunch. “Hellfire within, release the sin” sings Berry and his lead break is top drawer (indeed, just go right ahead and assume they all are, it’ll save the review getting repetitive).

I’ve not seen the band yet, but when I do, I am willing to bet “Set The World Ablaze” is in the set, its got that air about it and the bass of Marcus Wrench is prominent in the mix, shall we say Iron Maiden or shall we leave it? That does them a disservice, actually, because its not a gallop, and it’s a touch more menacing than the recent output of Eddie and the boys.

Drummer Bob Ansell, cited by the band as “the final piece of the jigsaw”, is to the fore on the brilliant “Father Genocide” – the best thing that “Hear…..” has to offer and perhaps the pick of the project. A three piece band can often sound so brilliantly balanced and so it is here.

“Speak….” Kicks off with the almost thrash “Life After Dark”, there’s a flavour of Slayer in the guitar lines, but the speed keeps it metal. “Straight To The Bloodshed” brings some energy and a breakdown with a bit of power, and again, they save the best for last.

“We Can’t Hear You” has everything modern metal needs. There’s a bit of a moshpit at the start, for example, there’s a hook and there’s some bile in the words, some anger that 2022 needs. There’s also a “Radio Edit” – but as someone who never forgave The Almighty for going on Top Of The Pops and changing the words to “Jonestown Mind”*, we’ll keep it explicit thanks. *that’s a lie, I will always adore The Almighty……

Bang Bang Firecracker have been around a long time. I reviewed their debut (which was more a solo project for Berry, who was guitarist in midlands hopefuls Enemo-J) some five years ago. With this trilogy, though, they seem absolutely sure of themselves and ready to make a breakthrough.

Previous article
REVIEW : THE SWEDISH RAILWAY ORCHESTRA – DANCE TO THE DRUM MACHINE DELUXE EDITION (2022)
Next article
ARTIST OF THE DAY: THAT SUMMER