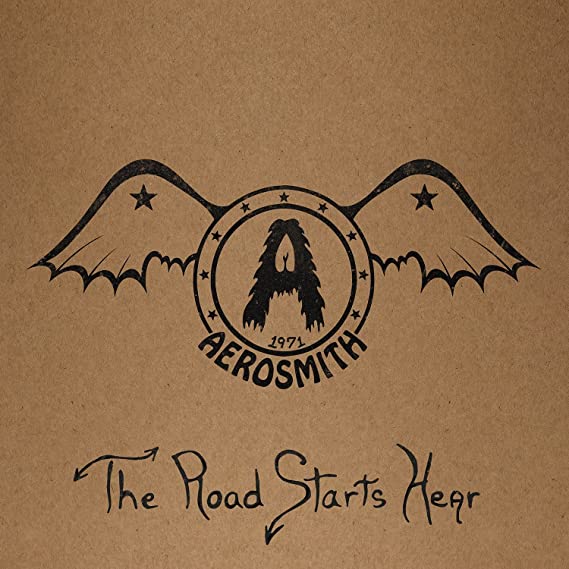 Like thousands of others, I was meant to be going to see Aerosmith this summer. The band, lets be honest about this, may never tour again. For one thing, Steven Tyler was 74 just the other week, and might it has to be said, struggle with shagging in lifts these days, he’d probably do a hip or something.

And like thousands – maybe millions – of others, I’ve loved Aerosmith since the mid to late 80s. First there was that collaboration with Run DMC, then there was Guns N Roses doing “Mama Kin”. We had “Pump” and “Permanent Vacation” and those videos with Alicia Silverstone. Then we worked backwards.

When we did, we found a very different band too, which leads us to “1971: The Road Starts Hear”. The first in a series of bootleg albums that are going to be released after they were uncovered, and if the band in the 1970s was different to the 1980s and the 1990s was about churning out the mega hits, then this almost 40 minutes from 50 years ago is something like you’ve never heard before.

The intro is so relaxed that you can hear them tuning up while people order drinks at the bar. Most of the tracks that appeared on their debut album a couple of years later are here, but not done like this.

It’s not that they are raw. Its that this is loose blues. “Someone” in particular hits home, ok he’s looking for someone to share “tea and biscuits” with (the least rock n roll idea in the world) but this as blues as anything you can imagine.

Indeed, its tempting to think of this as the sort of gig that I imagine happening in New Orleans right now. In my head you walk in off the street to see the greatest players you ever did see, and with the old blues standard “Reefer Headed Woman” (which was to see the light of day on their 1979 opus “A Night In The Ruts”) that’s what you’re getting and the way Tyler blows the harp is a world away from dudes looking like ladies or living on edges.

The band had settled on their classic line up by now (Brad Whitford had joined in ’71) and the chemistry is already there on Rufus Thomas’ “Walkin’ The Dog”, a fact underlined by the proto version of “Movin’ Out”, which was the first song that Tyler and Joe Perry wrote together. The Toxic twins had it, even then.

“Major Barbara” never made it to an official studio release, but was on the “Pandora’s Box” box set amongst others, and it’s the great lost song, surely. A highlight here, but the last two, “Dream On” (perhaps the closest to the version that came out a little after) and “Mama Kin” were perhaps the ones that marked them out for stardom even then.

When they released the debut in 1973, it came out on the same day, on the same label as Bruce Springsteen’s. Aerosmith, it is said, felt they were always in the shadow of The Boss.  I love both and have many bootleg releases from Springsteen’s early days. Hearing most of the songs from “Aerosmith” here in this form, makes clear, it was Aerosmith that had perhaps the clearer ideas at this point.

This is a real joy, and although it is in many ways totally different to the bombastic arena rock they are known for and would have played this spring, this is unmistakably Aerosmith.