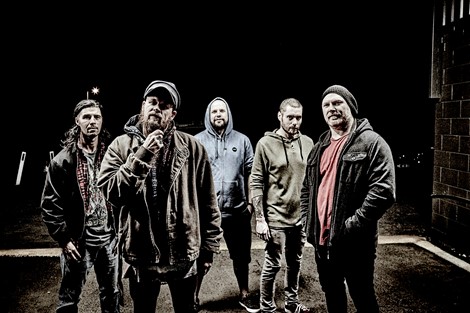 Australian heavy metal force FROM CRISIS TO COLLAPSE have hit hard with the long-awaited release of their brand new single titled ‘Needlepoint’, which is available worldwide now via BMM/MGM.

Download and stream ‘Needlepoint’, on all platforms here: https://ffm.to/needlepointsingle

With an obvious commitment to perfecting their craft, FROM CRISIS TO COLLAPSE sought to work with world renown professionals Lucius Borich (COG / Studio101 Recordings) engineering the track, Aria Award nominated Richie ‘dw’ Norton (Superheist / Black Mountain Studios) producing and mixing, and with legendary Swedish metal producer Fredrik Nordstrom (In Flames, Bring Me The Horizon, Soilwork, I Killed The Prom Queen / Studio Fredman Sweden) masterfully adding the final sonic touches to the song, ‘Needlepoint’ showcases a world class level of heavy metal production and a rather new angle on the band’s song writing prowess – whilst still injecting the familiar energy and ferocity that listeners have grown to expect out of FROM CRISIS TO COLLAPSE.

“It’s been quite a long journey bringing this new material together, but with all of the noise and chaos that us as a society have been through these past couple of years, finally releasing Needlepoint is therapeutic for us as a band and we hope that our supporters and listeners everywhere can immerse themselves into the song” – Angus Carter; FCTC vocalist.

The release of ‘Needlepoint’ is celebrated with festival appearances at Halloween Hysteria in Brisbane on April 2nd and The New Dead Metalfest in Adelaide on April 23rd.

All media enquiries to Black Mountain Music on: blackmountainmusicbiz@gmail.com