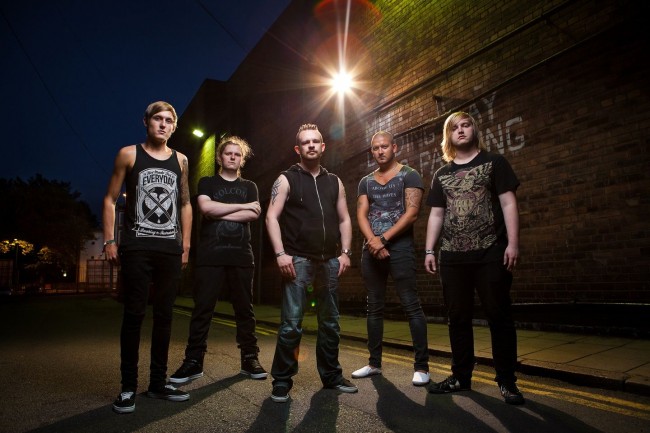 Nottingham Alt-rock crew ‘Patriot Rebel’ are back with their explosive video single ‘Propaganda’ which is out now.

By extracting from everyone from Stone Temple Pilots, Buckcherry, Guns ‘N’ Roses and Alter Bridge, Patriot Rebel express gargantuan riffs and vocal lines that will swirl in your head for eons. You do not want to miss this
band.

Ever since 2011, the current lineup of Paul Smith (Lead Vocals), Danny Marsh (Lead Guitar), Dave Gadd (Rhythm Guitar / Backing Vocals), Aaron Grainger (Drums) and Will Kirk (Bass) have worked tirelessly on shaping their live
set. The fivesome began to hit their local area and soon earned a prominent reputation for delivering explosive live performances. Touring and festivals followed, as the band shared stages with the likes of Tesseract, Jettblack,
Skarlett Riot, Cornerstone, Earthtone9, Spirytus and Violet. And it wasn’t too long before the midland rockers sold out the legendary ‘Rock City’ in Nottingham.

With the band’s live reputation flourishing, the Brit riff-lords hit the studio with esteemed producer Matt Elliss (Black Spiders, Terrorvision, Skarlett Riot). They unleased their six track EP ‘Two Worlds’ in 2013 and it instantly racked up stellar reviews and critical acclaim from national publications such as Rock Sound Magazine and Big Cheese, through to many established websites and underground radio stations.

The riff slingers continue their growth with their forthcoming single ‘Propaganda’. The cut is a fist-in-the-air anthem that packs a hearty punch. With shows and festivals set to be announced for the Summer, and with a
brand new record in the works, the future is looking extremely bright for these talented British rocksters.