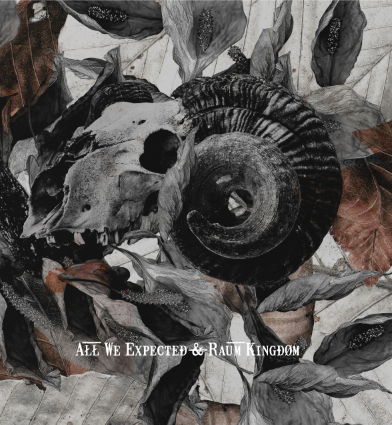 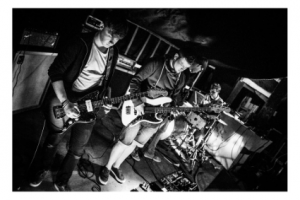 In early 2014, the Dublin-based four-piece released their self-titled debut EP. The release was met with critical acclaim and allowed them to tour throughout Europe for the first time.
Now in 2015,Raum Kingdom return with two new tracks especially recorded for a split-release with Belgian post-rock youngsters All We Expected, with whom they have become friends during their European tour.
Following a 3-song demo from 2014 (their first recording since forming in 2102), the instrumental post-rock quartet from Izegem – Belgium contributes with two new tunes that sees them merging dark melodies and emotionally intense ambiences with pounding rhythms, drawing comparisons to artists like If These Trees Could Talk, This Will Destroy You and Russian Circles.
Raum Kingdom’s songs were captured at Dead Dog Studio in Drogheda, Ireland and mixed by Jonny Kerr and surpass all expectations created with their self-titled debut EP. The two new tracks “Grace” and “Lost In The Hunt” reveal the band’s remarkable ability to create an intense and dark sound by merging heavy, dense riffs with ethereal and eerie ambiences.https://www.facebook.com/Raum.Kingdom.ie
http://raumkingdom.bandcamp.com
https://www.facebook.com/AllWeExpected
http://allweexpected.bandcamp.com