Frost*, the brainchild of keyboard player and song-writer Jem Godfrey, have announced the release of their long-awaited new album ‘Falling Satellites’ for the 27th May 2016. Joined by guitarist & vocalist John Mitchell (Lonely Robot, It Bites), drummer Craig Blundell (Steven Wilson) & bassist Nathan King (Level 42), ‘Falling Satellites’ is the band’s first album in 8 years & the follow-up to the acclaimed ‘Experiments In Mass Appeal’.

Comprising 11 songs, the final 6 forming a 32-minute long suite, this album also sees a guest appearance from Grammy-nominated guitar legend Joe Satriani who Godfrey played with on the G3 tour in 2012. Jem had this to say about the album:

“It’s been a long time coming, but we got there in the end. I think this is our strongest album to date and moves the sound forwards whilst still referencing what’s gone before. It’s also great to have finally co-written some songs with John in a Frost* context. The end results were better than either of us could have imagined, we just can’t wait to get out and play it all live now.” 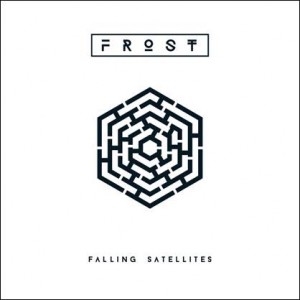 The band will also head out on tour in the UK in support of the new record, including an appearance at Ramblin Man Fair in July. You can find the full list of confirmed dates below: