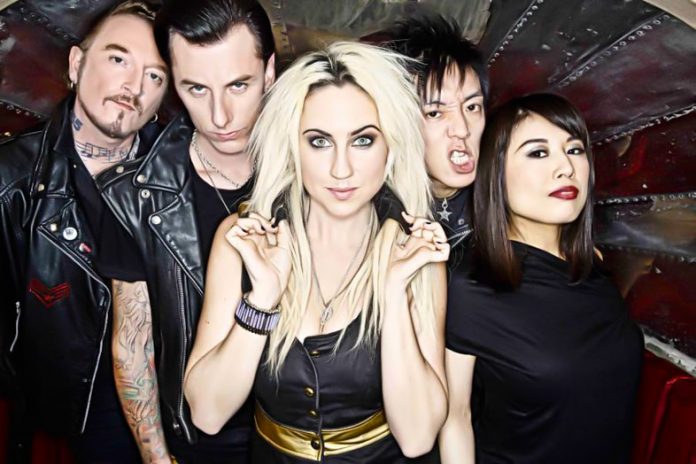 Hollis leaves the band, tour dates off,
It is with regret that Hey! Hello! have to announce the cancellation of their upcoming April UK tour. The shows have been postponed due to singer Hollis deciding to leave the band on the eve of the tour. Full ticket refunds will be available at point of purchase.
Hey! Hello! offer their sincere apologies for any inconvenience caused to anyone who was intending to travel to these shows  and Hey! Hello! ’s official statement reads…
“We are bitterly sorry to see our singer leave the band at this point, but we respect her decision and wish her nothing but good luck in the future.
Right now, our main concern is finding a new front person – male or female – to lead our band to world domination.
If you have the star quality that Hey! Hello! needs then get in touch at heyhellotoo@gmail.com
The world is waiting for you.”  Hey! Hello!
Hollis has issued the following statement  “As everyone knows I recently became the new singer of Hey! Hello!.  I was privileged enough to do shows with Hey!Hello!
and work alongside Ginger and the rest of the band and record the Hey! Hello! Too! album which has recently been digitally released. I recently  made the decision to relocate back to Los Angeles. While living in England  I was ready and able to do everything in my power to become a permanent member of Hey! Hello! Now, due to geographical  restrictions along with commitments to Love Zombies it is no longer a long term possibility and it isn’t feasible for me to remain in both bands.  I want to thank Ginger and the band for the opportunity they have given me to be part of such a wonderful band and experience.  I have enjoyed every moment and wish everyone the very best.  I am again truly sorry for the inconvenience and disappointment this may have caused.”
X-Ray Touring , Hey! Hello!’s Live Agent have also stated “It is disappointing that things did not work out with Hollis. Unfortunately, it was becoming more and more difficult in a geographical sense for her to continue to be in the band. I wish Hollis the best of luck in her endeavours, and her future with Love Zombies and also wish Hey Hello much luck in securing a replacement as soon as possible. Unfortunately this means however, that the upcoming tour in April/May has had to be cancelled. Full refunds will be available at point of purchase.”
The Hey! Hello! have cancelled all headline shows, listed below, and their appearance at the The Ginger Wildheart Show’ on April 1st
The ‘Ginger Wildheart Show’ at the O2 Forum, with The Ginger Wildheart Band headlining now has Dirt Box Disco, Scaramanga Six and Tropical Contact supporting
Tickets available from http://j.mp/gingerlondon2016
Hey! Hello!  headline April UK  Dates were
15th  Wolverhampton Slade Rooms.
http://j.mp/hhwolves2016
16th Stockton  Georgian Theatre.
http://j.mp/hhstockton2016
17th Manchester  Academy 3.
http://j.mp/hhmanchester2016
18th Newcastle  Academy 2.
http://j.mp/hhnewcastle2016
20th Glasgow  Cathouse.
http://j.mp/hhglasgow2016
21st Edinburgh  Electric Circus.
http://j.mp/hhedinburgh2016
22nd York  Fibbers.
http://j.mp/hhyork2016
23rd Stoke  Sugarmill.
http://j.mp/hhstoke2016
24th Sheffield  Corporation.
http://j.mp/hhsheffield2016
26th Bristol Fleece.
http://j.mp/hhbristol2016
27th Nottingham  Rescue Room.
http://j.mp/hhnottingham2016
28th Southampton Joiners.
http://j.mp/hhsouthampton2016
http://www.heyhello.net/