Alchemy Got The Magic 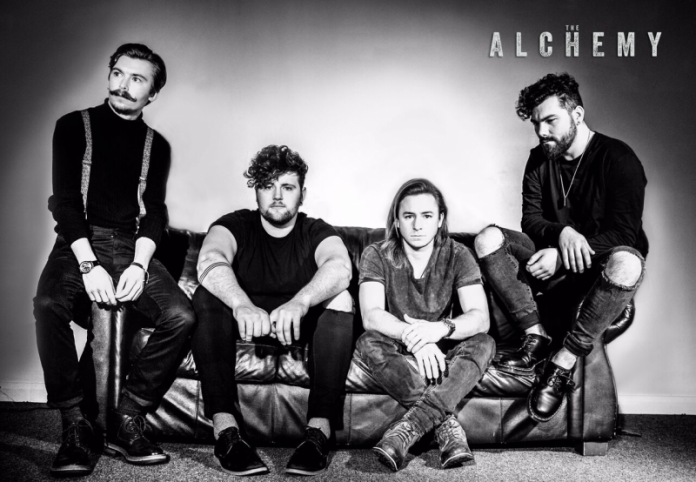 THE ALCHEMY is a fresh, new, 4 piece exponent of the new breed of English Rock bands that seamlessly blend the attitude of big guitars with big samples and synths. Based in Canterbury, the band formed in mid 2015 and it didn’t take long for the word to get out in the Kent music community that The Alchemy was a band to look out for. Their debut EP ‘Modern Age’, produced by Paul Matthews (I Am Giant) will be released on May 9th, 2016.

The band says this about the release:
“We’re really excited to be releasing our debut EP Modern Age, the sound is Powerful, energetic, alternative rock coupled with electronica elements and fans can expect high energy with a visually captivating performances from our live show. Stay tuned for our music and live shows”

The band followed this performance by playing their first London show at The Borderline in October as support for New Zealand rockers I Am Giant and Germany’s The Intersphere. It was at this show that they caught the attention of I Am Giant bassist and producer Paul Matthews, who offered to produce the band at his London studio.
Production of the debut EP began in November and was completed in February delivering four tracks of melodically rich, song oriented, high energy Rock.

The title track from the E.P ‘Modern Age’ was picked up by BBC Introducing and played within 24 hours of upload.
The Alchemy are looking forward to a big 2016 with ‘Modern Age’ scheduled for release on 9th May, supported by tour dates throughout the UK.