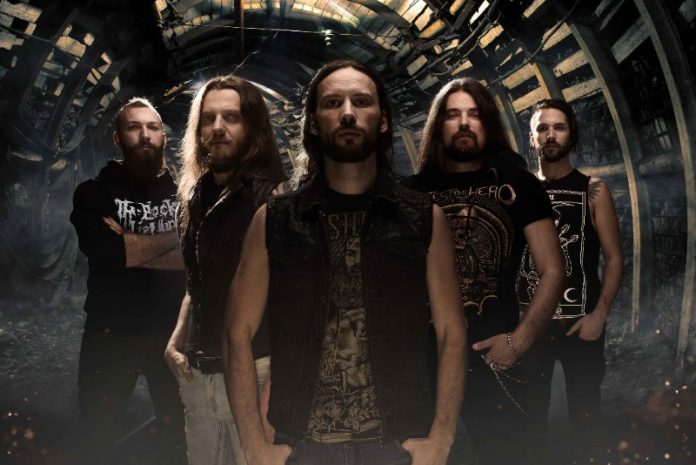 Following the recent release of their second album, Till Life Do Us Part, leading Israeli melodic death metal quintet The Fading have released a stunning new lyric video for new single ‘Chasing Time’.

Formed in 2006 by vocalist Ilia Badrov The Fading claimed prominence following their victory at the world renown Wacken Metal Battle. Representing Israel at the ‘Heavy Metal Mecca’ earned The Fading a record contract with Wacken Records and just months later the band were holed up at the Underground Studio tracking their debut album. One year on from their Wacken 2008 appearance, the band released In Sin We’ll Find Salvation to critical acclaim.

The years that followed would see the band hit the road hard, sharing stages with leading acts such as In Flames, Children Of Bodom, Arch Enemy, Ensiferum, Misery Index, Evile, Warbringer and more as well as headlining tours across Eastern Europe & Russia, before taking time out to write and record a follow up album. Early 2013 saw the completion of that record, and one whIch would be entitled Till Life Do Us Part. The album was later recorded at A.G. Studio in Israel and self-produced by the band with the mix and master overseen by Jens Bogren of Fascination Street Studios. The album however wouldn’t see its official release until 29th December of 2015.