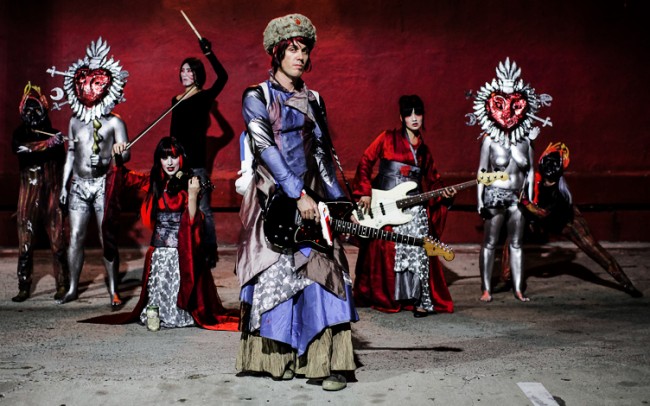 July 3, 2015
Reading time: 3 min.
Facebook
Twitter
Pinterest
WhatsApp
Linkedin
Email
Print
Telegram
Copy URL
By Andy Thorley
Aussie Art Rockers announce huge UK tour
Australian orchestral art rockers The Red Paintings are in the midst of a monster world tour in support of the release of their critically acclaimed debut album ‘The Revolution Is Never Coming’, and have just announced 10 UK Headline dates for November. The Red Paintings live show is a visually exciting experience that really does have to be seen to be believed.

The Red Paintings were in the UK recently on a 100% sold out tour with The Birthday Massacre, they featured their unique blend of show on that tour, but this headline run allows them to bring the full on experience in true TRP style.

Those all important dates are:

With special guests ‘Them & Us’, tickets are on sale now. Presented by X-ray Touring. All shows 14+