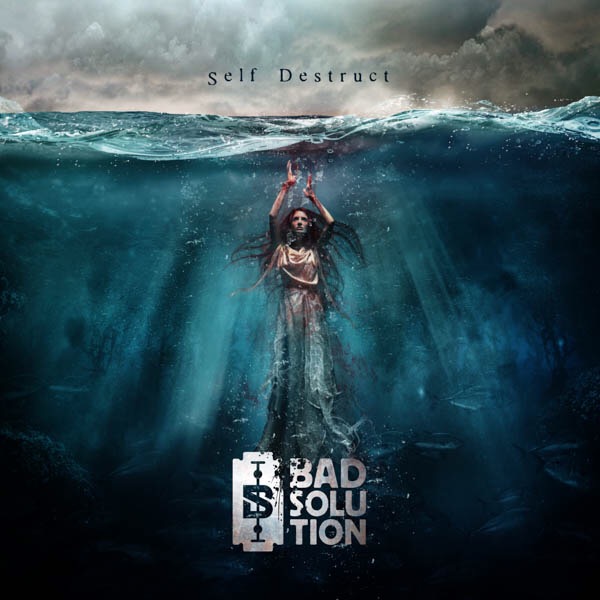 Bad Solution have been around since 2011, all Polish to start with, they now comprise a couple of Englishmen, and to complete the multi-cultural theme they don’t half sound like an American band throughout most of this four tracker.

Musically this muscular, altogether manly stuff that is modern in its outlook. The band might cite influences like Iron Maiden on the accompanying press blurb, but you can basically ignore that. For much of “Self Destruct” they come on like Godsmack at their heaviest, but with Five Finger Death Punch’s eye for a enormous hook.

Look more carefully, though and there’s something going on behind the testosterone flavoured bluster, because lyrically this is a band that is opening its bleeding heart. The title track, deals with alcoholism destroying a relationship and concludes in its chorus: “how could I have been so thick as shit to bring you into this……?”

“Nothing” takes this theme and runs with it and worms its way into your brain, in the most part because its superb. Tight, and almost busting to rock, it’s a three minutes of middle finger defiance. “Dear Sarah” is pulsing and dark and has ambitions that include stadiums if it had its way.

Things end with “Desert” which adds some Eastern influences into the mix, but largely can’t resist clenching its fist and its teeth and providing some meaty stuff for one last time.

Considering where they are in their careers, “Self Destruct” is a fully formed and polished piece of work. If they could match their obvious ambitions with a fanbase then Bad Solution might just have no problems to solve.

Previous article
Paint The Towns Red
Next article
Strike One