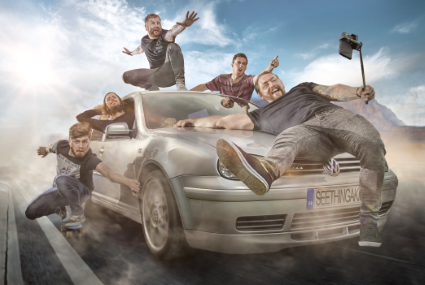 Pompey’s crazy men and all round lovely geezers, Seething Akira continue their rise up the ranks of the hard/alternative music scene and are now gearing up to release their new single AIRSTRIKE on 27th July.

This bristling, brash, high powered single, produced by vocalist Charlie Bowes, is given an extra edge in the mix by SIKTH’s Dan Weller. Cranking up the pace and bringing some of the band’s boundless energy to the track, he’s captured perfectly their breakneck dance vibe amongst some monster heavy riffs and a truckload of attitude.

Airstrike was recorded at Envy Studios in Portsmouth, produced by Charlie Bowes mixed by Dan Weller (Sikth) & mastered at 360 studios by Dick Beetham. 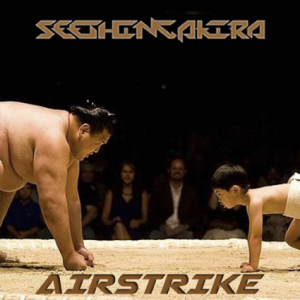 Chewing up influences of the likes of Prodigy, Senser and Enter Shikari, these guys spit out beats, techno twists and huge guitar riffs, and along with their 2 vocalists Charlie and Kit pumping up the energy, they’ve concocted a sound akin to a metal Beastie Boys!

Already having supported the likes of Hacktivist, The Algorithm, Senser, Don Broco, Black Futures, Sonic Boom Six, PWEI & Heart Of A Coward under their belt, Seething Akira’s insanely fierce and fun live show is their forte and they’re well worth catching out on the road this summer!