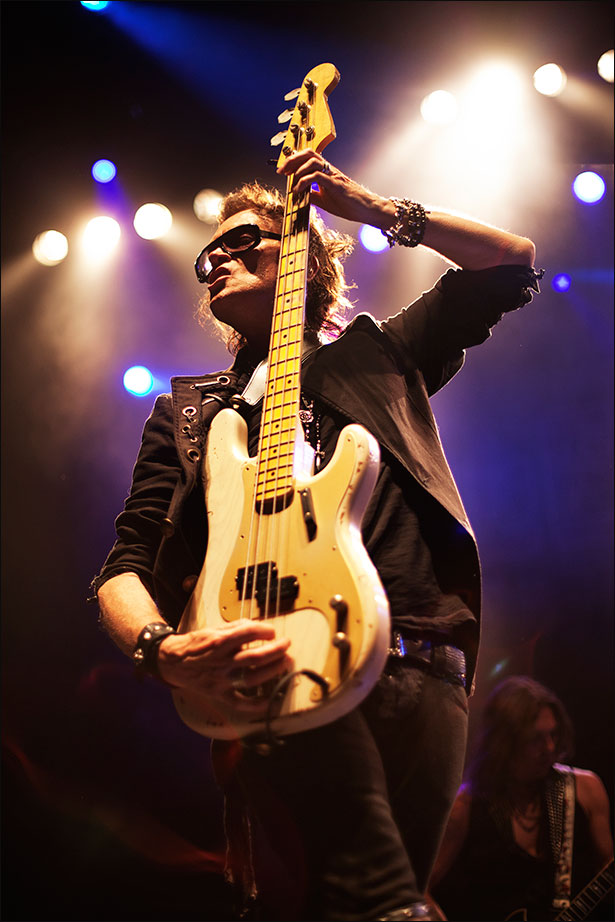 With his UK tour announced last week, we look at Glenn Hughes’ career

Vocalist/bass guitarist/songwriter Glenn Hughes is a true original. No other rock musician has carved such a distinctive style blending the finest elements of hard rock, soul and funk. That astonishing voice is Hughes’ calling card. He’s known as a singer’s singer. Stevie Wonder once called Hughes his favorite white singer.

Hughes, a native of Cannock, England, absorbed all kinds of influences, including early British hard rock, the Beatles and, most importantly, American soul and R&B. The sleek Motown sound from Detroit and the gritty Stax/Volt sound from Memphis left their mark on him.

The first important band Hughes was a member of that achieved notable success was Trapeze. The band’s early ’70s albums included Medusa, Trapeze and You Are The Music… We’re Just The Band.

In between his hectic schedule, Hughes also found time to publish a book, “Glenn Hughes : The Autobiography – From Deep Purple To Black Country Communion“, the Number 1 best seller is available in both hard and soft cover editions from all good retailers.

So make no mistake. The Voice of Rock never left the building.

Previous article
Strike One
Next article
Give In To Stone Angels