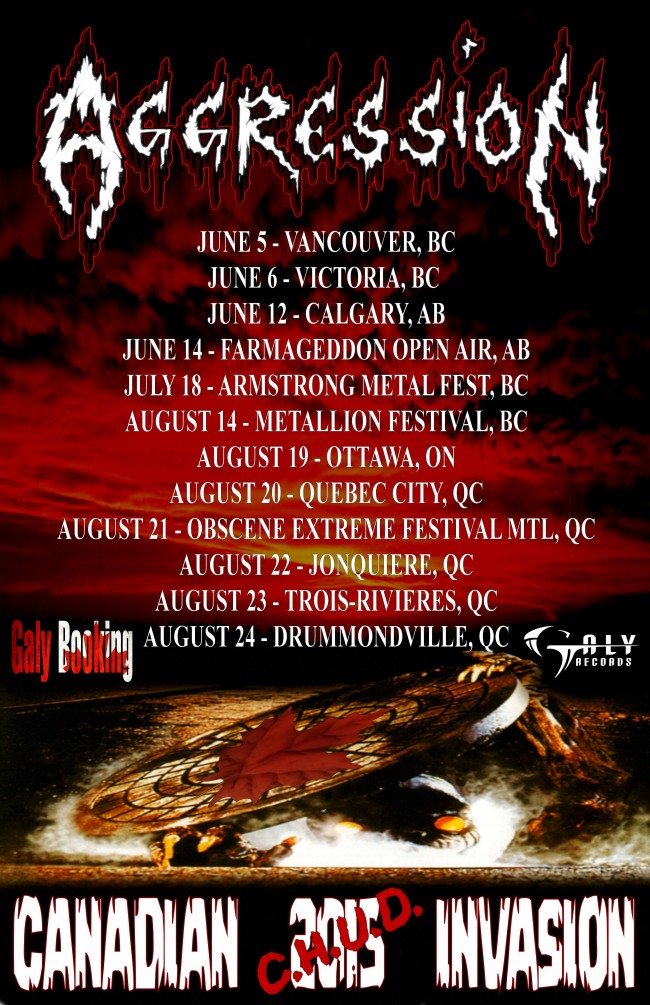 Celebrating their 30th anniversary with tons of touring across Canada and the USA this year, 80’s thrashers AGGRESSION are not only proud to announce more Canadian dates (listed below), but share the news that they have new material and will be releasing a new album since 1987’s ‘The Full Treatment’. Entitled ‘Fractured Psyche Demons’, the 11 track release will be coming out via Galy Records on August 18th.

“Aggression hit the studio last month for the first time since 1987 and we worked with producer Mike Rogerson and engineer Brett Stewart at Vancouver, BC’s Harbourside Studio. The outcome was three brand new Aggression songs and a re-recorded version of the group’s previously demoed song Metal Slaughter. These four new recordings are set to be released with two other sets of unreleased demos (1985 Demo and the 1986 Demo “Mutilator”) that have been remastered by Mike Rogerson.” comments founding guitarist Denis Sasquatch Barthe.

Aggression is also pleased to continue their partnership with 1987’s The Full Treatment album artist Andre “Thrasher” Gibouleau who came up with the cover art for the new Aggression offering ‘Fractured Psyche Demons’. 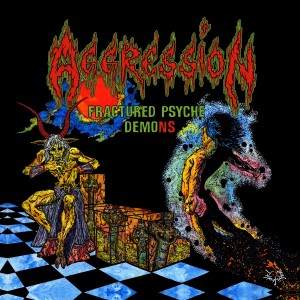 1) Defenders Of The Old (brand new)

5) Mutilator/Beware Of The Scarecrow (from never released 1986 demo)

Aug 24 – Drummondville, QC – TBA
* = Martin Meyer (Ex-Disciples of Power, Life Against Death) will be filling in for original bass player Yves “Dug” Duguay for the July 18 and August 14 festival appearances in BC. Dug will be with the band for all other Canadian dates.