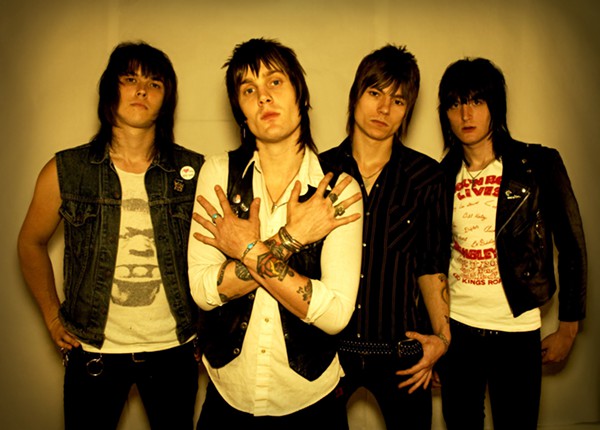 Atlanta’s rock ‘n’ roll tearaways Biters will be releasing their Earache debut on August 7th, 2015. Recalling the early spirit and danger of rabble-rousing rock heroes, Biters have faithfully built upon their punk heritage and their love of 70’s rock to deliver music that ignites, incites and excites in equal measure.

An aura of recklessness and intimidation surrounds the Biters mythology. Yet amongst all of the raw riffage, teethmarks and broken glass, the band serve up instant hooks and shout-a-long choruses. Their edgy new music video for the track “Restless Hearts”, filmed with director Video Rahim (MASTODON) on location in their hometown, sees BITERS pushing the limits of rock ‘n’ roll excess with a wild keg party, cruising the streets of Atlanta in a stolen police cruiser, and frontman Tuk surfing on the boot of a car whilst tearing down the road at 50mph.