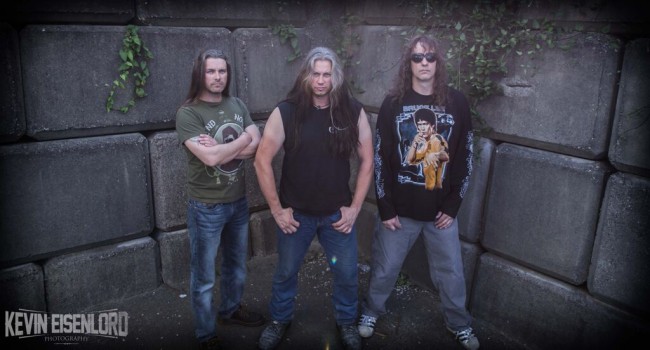 Their debut full-length is out later this month. Here’s everything to date

Scissortooth is a Canadian Thrash Metal band from Vancouver, B.C..  Formed in 2003 by Derek Lundblad (Vocalist/guitarist) and Shawn Hoskins (drummer), formerly from Mantra, moved to the west coast from Grande Prairie, A.B.. The current line-up comprises of founding members Lundblad, Hoskins, and Ken Firomski (bassist), Ken  (Empyria and Cradle to Grave) who moved from Granisle B.C.. (Empyria and Cradle to Grave).

The band’s melodic hooks, varying tempos, and aggressive musicianship alongside of original writing approach and unique timbre has given their songs a different edge to most modern acts. Influenced by a wide spectrum of sounds of bands like Pantera, Metallica, Megadeth, Type O Negative to Soundgarden, Tool, Pink Floyd and Nine Inch Nails have lent to the songwriting and arrangements a flavor that fills a void in today’s often bland musical climate.

Their debut full length, Novagomorrah is scheduled to be release July 28, 2015.