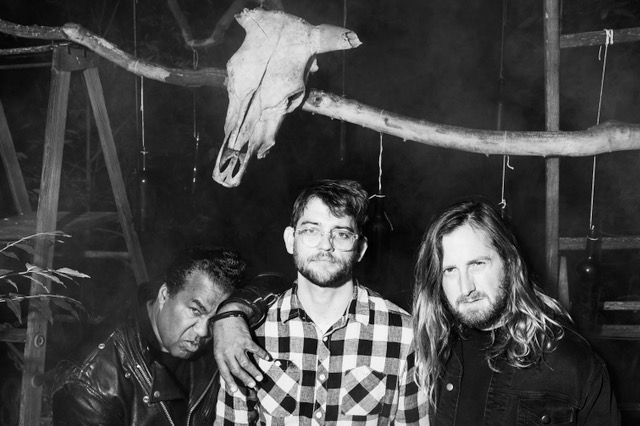 ‘Rat Patrol’ is taken from the self-titled album which is out on 20 January through Heavy Medication. It follows on from the trio’s debut EP, Spirituals From Life’s Other Side.

Neverland Ranch Davidians are the brainchild of Philly Afro-punk vet, guitarist and singer Tex Mosley who, relocating to the west coast, recruited guitarist Will Bentley and drummer Max Hagen from the LA club scene, delivering a powerful punch of punk, funk, rock, blues and soul.

“Rock’n’roll is still respected and celebrated in Europe, so we were happy to catch the ear of a cool Euro label like Heavy Medication,” says Mosley. “They really understood where we were coming from and helped shape what would become our debut LP. We hope we can fly over and play for European audiences in the near future.”

Neverland Ranch Davidians is available to pre-order now from Bandcamp, with ‘Rat Patrol’ and ‘Aqua Velveteen’ available as instant downloads.