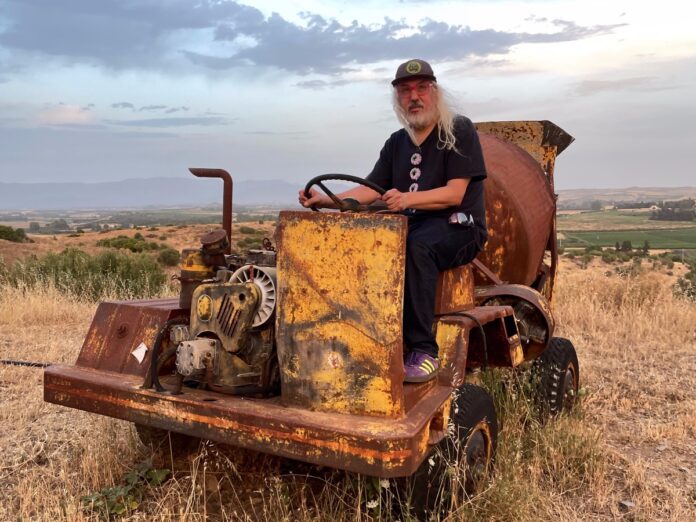 Returning after a ten-year sojourn, freshly stewed from the mind of legendary rock outlier J Mascis, instrumental psych sideshow Heavy Blanket are back with the release of new album Moon Is on Outer Battery Records.

Forever the creator and custodian of noise in all its inimitable forms, Mascis’ recent raid on a stash of unused riffs has yielded an exceptionally heavy trove of new tracks. Over six songs Moon Is packs in plenty of ornery proto-metal, lo-fi rock, and obscure other-worldly psych, and is of course a must for all Dinosaur Jr. and J Mascis acolytes, old and new. Following the limited-edition flexi-disc release of ‘Crushed’, new single and album opener ‘Danny’ is a genuine treat where every minute is as perfect as the next.

Adding rhythmic reinforcements in the shape of Heavy Blanket’s mysterious musical cohorts, the album marks a return to the autonomy of alt-rock’s most singular visionary and is another giddy instalment of monstrous guitar chops, noise, and questionable post-Deep Wound/pre-Dinosaur urban mythology.

Moon Is will be released on 27th January via Outer Battery Records and can be pre-ordered here. Stream new single ‘Danny’ here!

Previous article
ON PATROL
Next article
BAND OF THE DAY: A ROAD TO DAMASCUS