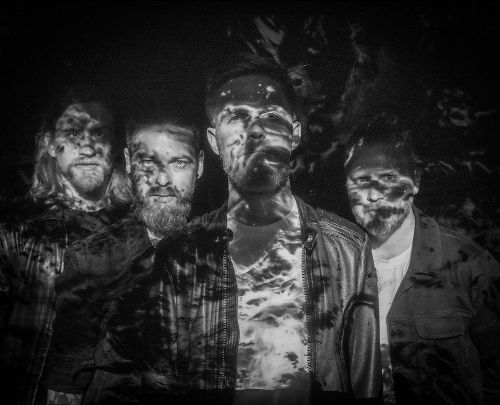 Copenhagen-based A ROAD TO DAMASCUS is one of the most experienced rock acts the Danish rock scene has to offer. After the successful release of their EP ‘No Man is an Island’ (2019), the band is now gearing up for the release of their third full-length album and have just released a new single featuring guest vocals from Christoffer Stjerne of Danish counterparts H.E.R.O.

Promises is about struggling with an inner conflict between holding on to old commitments or pursuing new paths in life. We wrote the song together with Christopher Stjerne (H.E.R.O.), who immediately understood the direction we were going for. Our approaches to songwriting matched so well together, that we invited him to sing on the track with Mikkel, which suited the song amazingly.”
Mads Peter Møller – Bass

Since being formed in 2019, A ROAD TO DAMASCUS has released two EP’s, two full-length albums ‘A Road To Damascus’ (2011) and ‘In Retrospect’ (2014), followed by a string of singles in 2021. The band has several nationwide tours under their belt, as well as being playlisted on national and local radio stations and major streaming playlists. Furthermore, they’ve done several live performances on Danish National TV. Now they are gearing up for the release of their third LP, which has been produced, mixed and mastered by Danish powerhouse producer Chris Kreutzfeldt (Cabal, Møl, Siamese) and co-produced by Christoffer Stjerne (H.E.R.O).