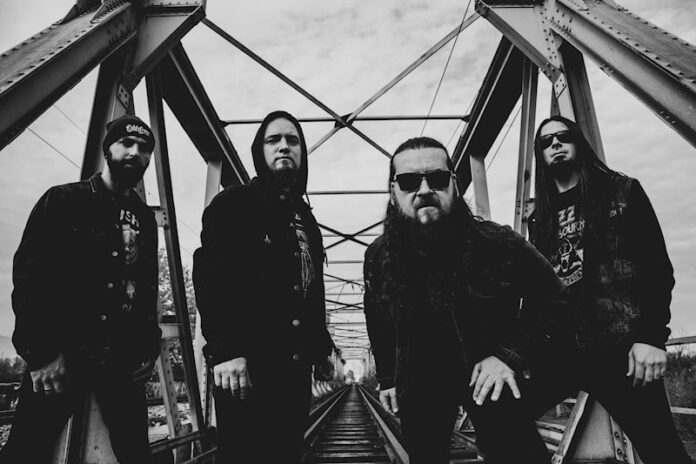 Check out the video here: https://www.youtube.com/watch?v=N06gIrjN9Es&lc=

Bulgarians ODD CREW revealed the new video accompanying their grinding new track ‘Wasted Days‘. This is the fourth single from the upcoming album ‘Dark Matters (Part I)’. The video continues the black and white emotionally shattering concept of the new direction in which the band intends to grow in the future.

Shortly before the release of the single, the band announced that there would be four albums entitled ‘Dark Matters’, and also that a feature film for the first part will be released.

‘Wasted Days‘ was recorded in ODD CREW’s own ‘ButcherHouse’ Studio in Sofia and produced and mixed by the band themselves.

Guitarist Vasil Parvanovski comments: “For me, ‘Wasted Days’ is one of the tracks on the album with the most cyclical and darkest feeling. I remember when we worked on the idea, everyone in the band fell in love with this simple and heavy riff. It also led the overall concept we wanted to have in the song to keep that gloomy feeling. We made videos for all the songs off the album, and the video for this song was the first finished one we watched. After seeing it we said to ourselves that this is exactly the emotion we wanted to keep for them all.”